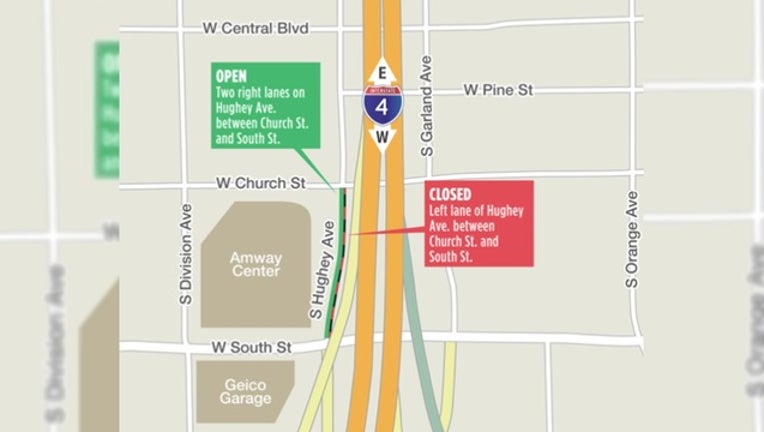 ORLANDO, Fla. (FOX 35 WOFL) - The I-4 Ultimate Project says that the two right lanes of Hughey Avenue in Downtown Orlando reopened on Tuesday between Church Street and South Street.

Hughey Avenue had reportedly been closed since late 2017 for construction of the flyover exit ramp from westbound I-4 to State Road 408 (S.R. 408).

The left lane adjacent to I-4 on Hughey Avenue will remain close for construction though, the I-4 Ultimate Project says.

They also say that the reopened lanes may still be subject to nightly closures for construction and events at the Amway Center.

Motirists traveling southbound on Hughey Avenue will reportedly have restored access to the eastbound I-4 entrnace ramp from South Street and the Amway Center blue lot.