FOX 35's Allison Gargaro has the latest on what's happening in the tropics.

ORLANDO, Fla. - We officially have our 18th named storm of the 2020 Atlantic hurricane season.

Sally is forecasted to strengthen into a hurricane early next week as it moves across the northeastern Gulf of Mexico. 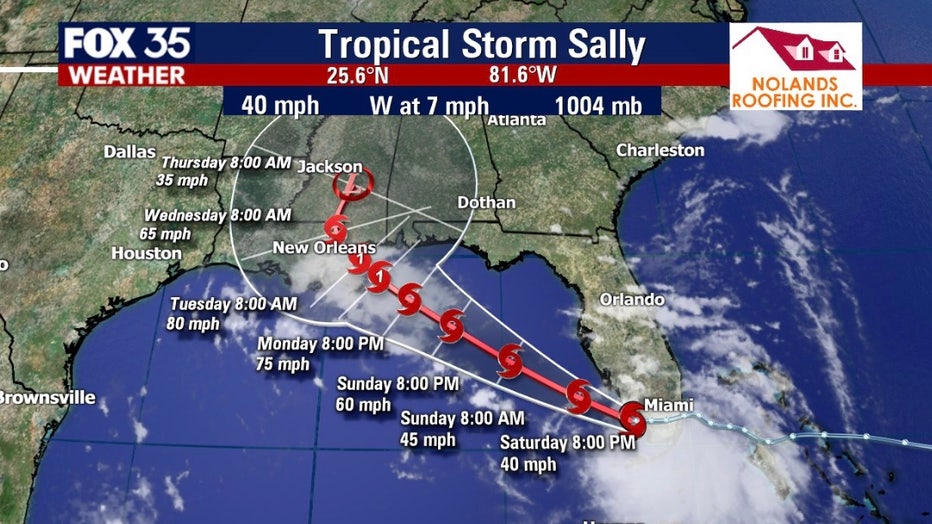 Meanwhile, FOX 35 News is tracking five other systems in the Atlantic.

Paulette now has wind gusts up to 75 mph.

It is not impacting the Sunshine State.

Tropical Storm Rene weakened to a depression. The system is not expected to restrengthen as it moves toward the northwest.

A surface trough over the north-central Gulf of Mexico is producing disorganized showers and a few thunderstorms.

Get the news you need: Sign up for the FOX 35 Newsletters

"Some slow development of this system is possible while it moves westward and then southwestward over the northern and western Gulf of Mexico through the middle of next week," the NHC says, giving it a 30-percent chance of developing over the next five days.

RELATED: Greek Alphabet will be used if hurricane names run out

She said it is expected to become a Category 1 hurricane by Tuesday afternoon. However, it is not expected to impact Florida.