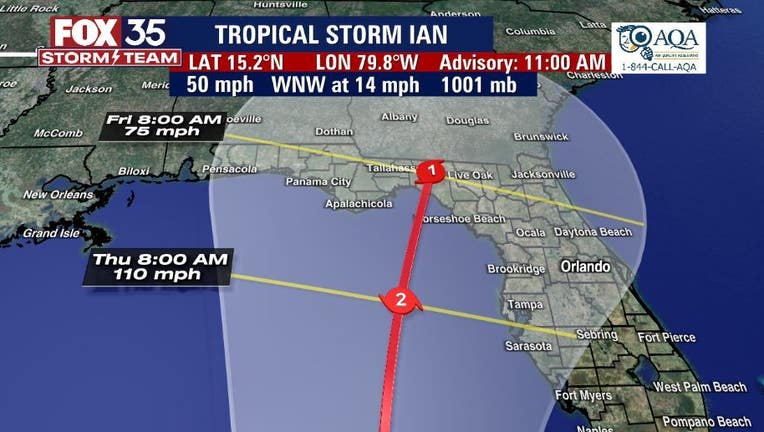 Tropical Storm Ian is forecast to become a hurricane Sunday and a major hurricane by Monday on its projected path toward Florida this week, according to the National Hurricane Center.

As of Sunday morning's forecast track, Ian will become a major category 4 hurricane by Tuesday in the area of Cuba and will remain at that strength until early Thursday when the track shows it weakening to a Cat. 2 in the Gulf of Mexico and weakening again to a Cat. 1 hurricane as it approaches Florida.

FOX 35 Storm Team Meteorologist Brittany Lockley said there are several factors that come into play as to why the storm is expected to weaken.

"There is a front moving across the southeast that will bring in drier air behind it that could slow down the track," Lockley said. 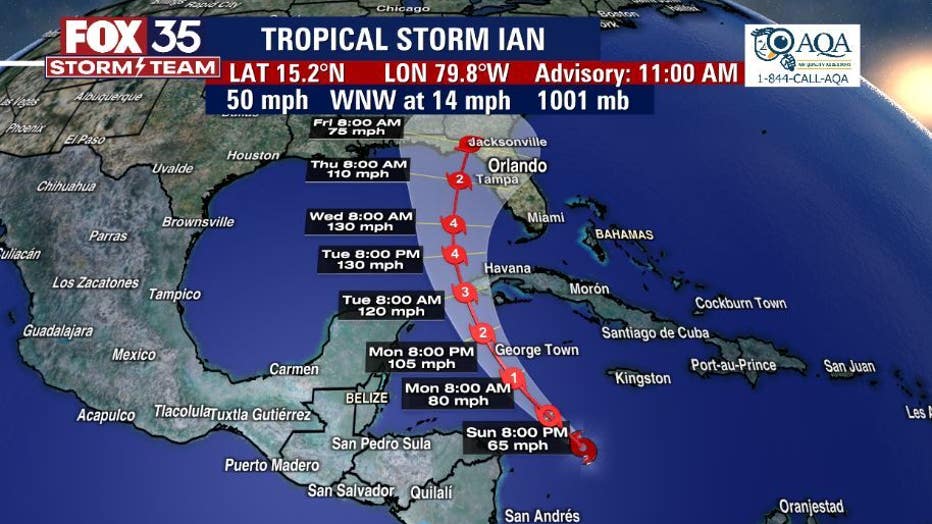 Lockley said there is a trough in the northeast which is steering the storm to the north.

The closer it gets to north Florida, the storm will start to encounter unfavorable conditions, especially wind shear.

It's still too soon to tell exactly what kind of effects the system could have on the Orlando area, however, the National Hurricane Center is warning of dangerous storm surge, heavy rainfall, and hurricane force winds. Floridians have been urged to have a hurricane plan in place.

The FOX 35 Storm Team will continue to monitor the storm and will provide updates as they are made available.