FOX 35 Chief Meteorologist Glenn Richards has the latest on tropical activity, including a newly-formed depression in the Gulf of Mexico.

LAKE MARY, Fla. - A tropical depression has formed in the Gulf of Mexico just off the Yucatán Peninsula, according to the National Hurricane Center.

Satellite imagery and radar observations from Mexico show that the area of disturbed weather centered near the west coast of the Yucatan peninsula is gradually becoming better organized.

"The actual circulation center will be tracking west into the the Bay of Campeche," said FOX 35 Chief Meteorologist Glenn Richards. "We're not too worred about that right now, but we're going to keep an eye on it over the next several days." 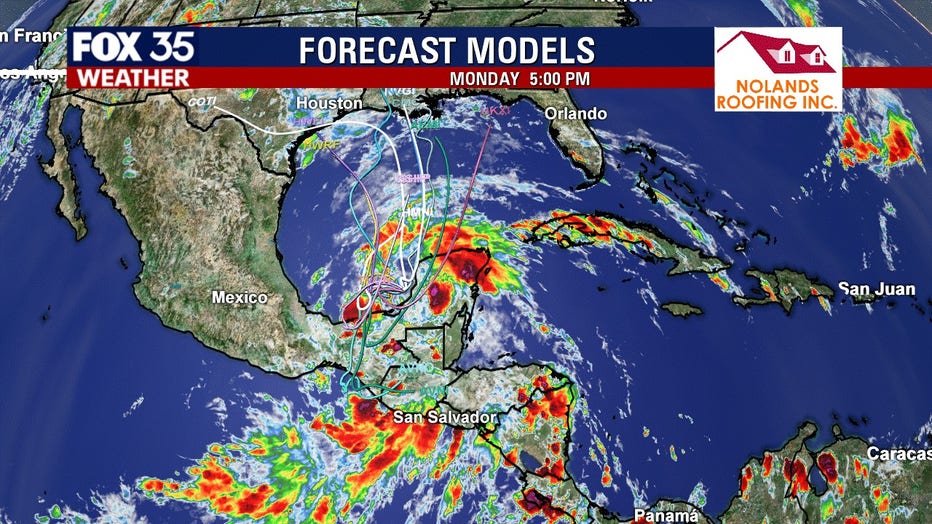 Regardless of tropical cyclone formation, heavy rainfall is likely to continue over portions of southern Mexico, Guatemala, El Salvador, Belize, and western Honduras during the next few days.

Forecasts call for a 90% chance that this depression will become better organized. Should it become a tropical storm, it will be named Cristobal.