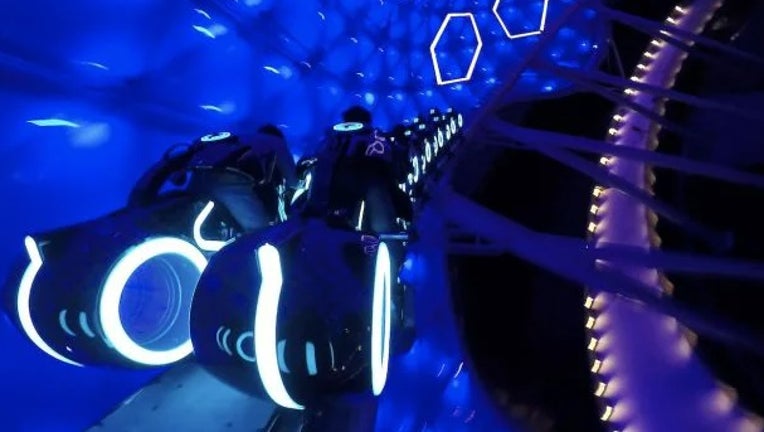 In the video, the Lightcycle vehicles are seen speeding down the rails to the outside where the construction crew watches from below.

The TRON coaster is currently under construction in Tomorrowland at Magic Kingdom. The ride was announced 5 years ago at the D23 Expo in Anaheim, California, and is said to be a clone of Shanghai Disneyland's TRON coaster.

The Disney World version is located behind Space Mountain, but Guests riding on the PeopleMover can get a glimpse inside the construction zone.

Back in March, the Imagineering team said they had reached a significant milestone on the construction of the ride by starting a process called "push/pull" where sections of the vehicle train are slowly moved through the entire ride track, and eventually working up to full-speed launches.

In 2019, Disney Parks Blog reported that the ride was originally set to open in time for Walt Disney World's 50th anniversary, which began on Oct. 1, 2021.

Although no official opening date has been announced for TRON, Disney fans can look forward to the new Guardians of the Galaxy: Cosmic Rewind coaster which opens at EPCOT on May 27!