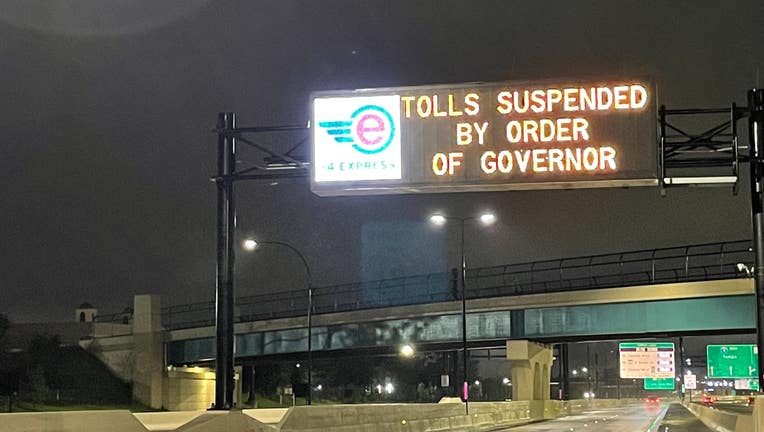 ORLANDO, Fla. - Florida has suspended tolls in several areas along the Gulf coast and in Central Florida until further notice as Hurricane Ian comes closer to making impact with the state.

Officials had previously announced that drivers would not have to pay tolls on Polk Parkway, Pinellas Bayway, Sunshine Skyway Bridge, Selmon Expressway, and the Interstate 4 connector. On Tuesday, Governor Ron DeSantis expanded the suspension of tolls to several roads in Central Florida as residents on the west coast of the state evacuate.

The Central Florida toll roads where drivers will not have to pay include:

Hurricane Ian strengthened late Tuesday as it continues on its path to Florida. The National Hurricane Center said life-threatening storm surge, catastrophic winds, and flooding is expected with Hurricane Ian in the Florida peninsula.