Moments before the iguana's disappearance, someone inside the store said that the iguana looked delicious.

Employees of the smoke shop just off S.R. 417 said on Friday that they believe the animal was stolen the day before from right in front of the store.

“Close to 2 p.m., Smog went outside for his morning constitutional,” said Matthew Bernstein, the caretaker for the store’s pets. “When people had their backs turned for two minutes helping customers, they took him from right by the front door. Literally five feet from the front door.”

Bernstein said employees, customers, and others in the area immediately searched to see if Smog had maybe just hid in the bushes or wandered down the sidewalk but they found nothing.

“With the speed that he moves as a 14-year-old, 6-foot iguana: he’s not getting far away,” Bernstein said. 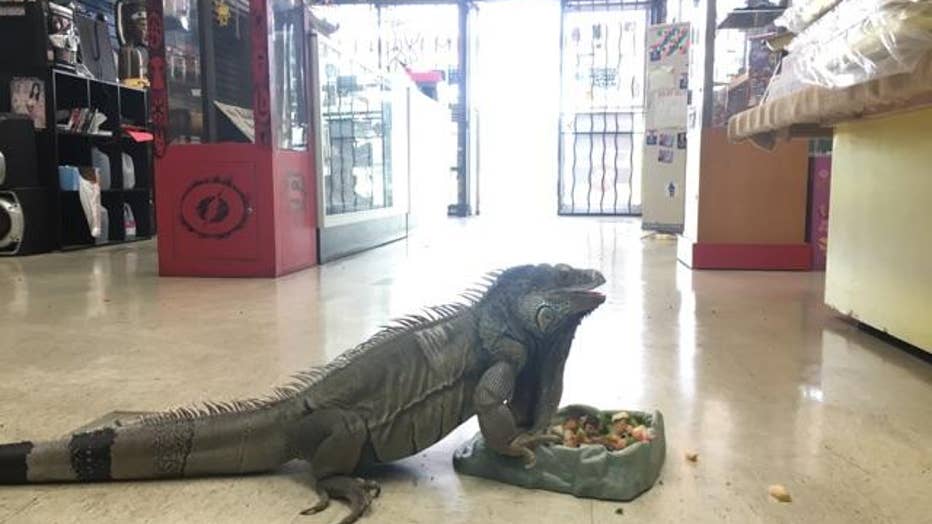 However, just moments prior to Smog’s disappearance, employees said some people had entered the store asking about the iguana, even going as far as commenting that he looked delicious and offering to buy him. Bernstein said they made it clear that Smog was a pet and was not for sale.

Bernstein said, unlike two smaller iguanas in a cage at the front of the store, Smog is well trained and roams from his cage throughout the store. He said that the lizard has become a beloved sight for customers and employees of nearby businesses who stop by with treats for him or to give him a pet.

MORE NEWS: Legislation would make abandoning your dog outside during a hurricane a crime in Florida

He says this was not the first time though that the large, healthy iguana has garnered solicitation as food from passer-byers. Bernstein said that "it’s sad but those offers are almost a monthly occurrence." 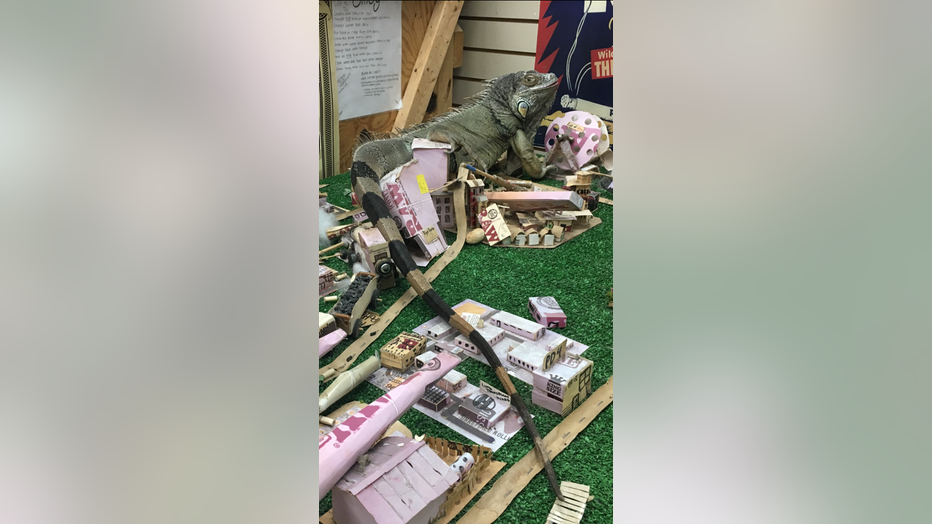 Iguana meat is considered a delicacy in several Central American countries and even in parts of Mexico. According to National Geographic, the green iguana even became endangered in some countries due to people hunting and eating them.

Bernstein hopes if it was the people asking about Smog -- or anyone else for that matter -- who took him, that they don’t intend to make a meal out of him.

Workers at the store are so worried about the iguana’s safety that they have put up a $1,000 reward for Smog’s safe return or for information that will lead to the arrest of whoever took him. Bernstein said they would be glad to hand over the money if it got the beloved pet back in his home.

“That’s our pet, we care about him, that’s our baby,” said Bernstein. “Bring him home. He’s missed and the place isn’t the same without him.”

Several customers who came to the shop Friday dropped their jaws in awe when hearing that Smog had been taken.

Store employees say they have been in contact with police and ask anyone who can help find Smog contact them or the authorities right away.