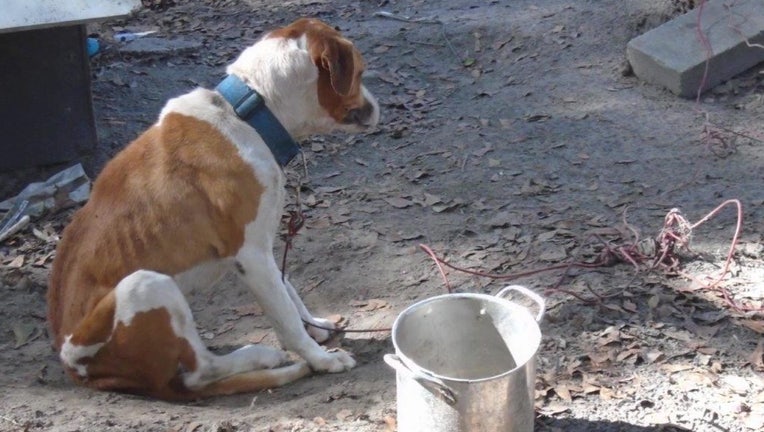 TALLAHASSEE, Fla. - A Florida lawmaker wants to make it illegal to abandon your dog outside during a hurricane.

State Sen. Joe Gruters (R-Sarasota) introduced Senate Bill 522, which would prohibit a person from restraining a dog outside and unattended during a natural disaster.

Gruters says a "natural disaster" would be when a hurricane, tropical storm or tornado warning has been issued by the National Weather Service. It would also apply if an area is under a voluntary or mandatory evacuation order.

The bill would make abandoning a pet a first-degree misdemeanor, punishable by up to a year in jail or a fine of up to $5,000.

Hundreds of pets were left behind during Hurricane Michael, including Stella, a 2-year-old American Foxhound who was found still chained to a tree following the storm.

Another dog, a 12-year-old bloodhound named Rufus, was found howling for his family during the nights following Michael. The disabled dog was partially deaf and blind when his family abandoned him in Panama City, the Walton Sun reports.

If passed, the bill would go into effect July 1, 2020, a month after the start of hurricane season.