Sanford Police give an update on a shooting that occurred on Garrison Drive overnight.

During a news conference on Tuesday, the Sanford Police Department said that a young man was shot at about 1:12 a.m. on Tuesday. Police responded to the scene after shots fired were reported at a home on Garrison Street.

Within five minutes, officers arrived at the scene and found a young man laying on the roadway on Garrison Drive and was non-responsive. Life-saving efforts were attempted before transferring him to a hospital, where he was determined to be deceased.

During the news conference, the 911 call was played. Shots ring out in the beginning and the caller tells dispatch that "I just fired a shot, he came by. Help me out, please help."

The 911 dispatcher asked if the suspect had a gun and the caller said, "I don't know, he just ran, he faced me and I got super scared and my wife was behind me."

Sanford Police Chief Cecil Smith explained the incident further, stating that the victim's wife heard a noise outside. So, the victim grabbed his gun while she called 911. He opened his door and observed an unknown person standing between his vehicle and his driveway inside his gated and fenced-off area around his home.

A layout of the home was presented and the scene was described to be very dark. The extension of the home is believed to go all the way to the fence, meaning it is included in the curtilage of the home. 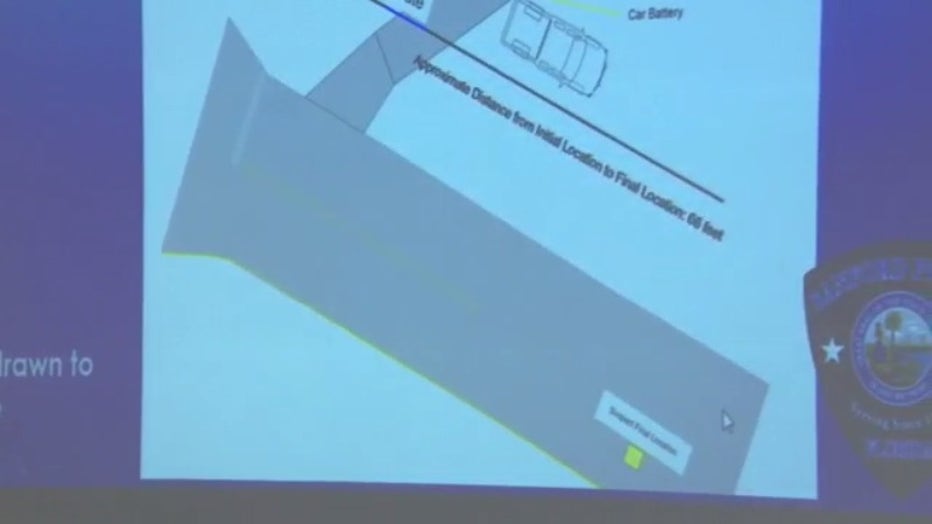 The victim, who Smith confirmed was the shooter, told police that he closed the gate when he went to bed that evening. When shots were fired, he remained in the doorway of his home and was yelling as shots were fired.

The suspect reportedly ran onto Anderson Street, where police soon found him with a gunshot wound to the back. He was identified as 17-year-old Adrein Green.

Police confirmed that a large rock and a battery were located near the passenger side door of the vehicle. Marks on the window and the side of the vehicle were said to be indicative of someone trying to break into the vehicle. Police said that Green was attempting to burglarize the vehicle inside the gated-area of the fenced-in property.

The State Attorney's Office is taking over the investigation, Police Chief Smith said. They noted that Green was inside the curtilage, which means that it was technically a 'burglary of a dwelling,' which is a forcible felony of the law. The right to use deadly force to defend yourself is permitted in this situation. He also clarified that this is similar to the 'stand your ground' statue but is not exactly it. 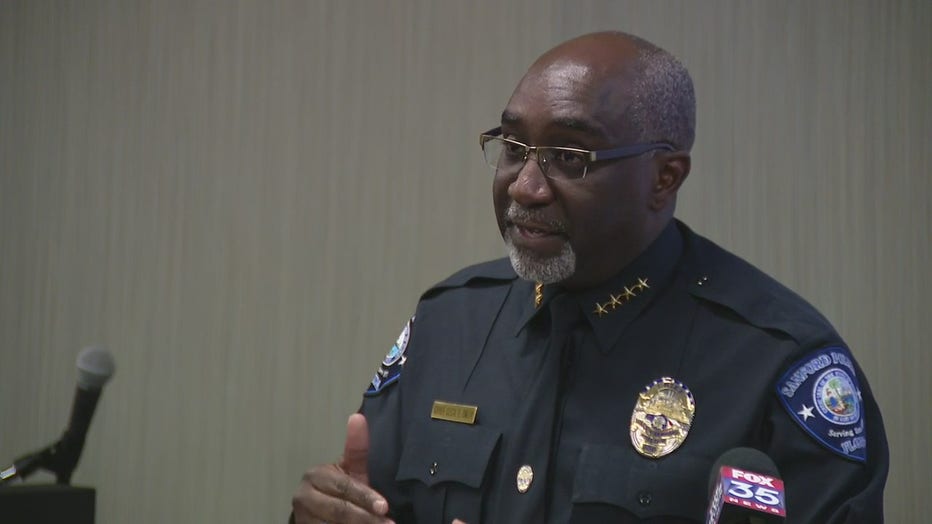 However, the State Attorney's Office said the investigation is still ongoing and they will look at what the Medical Examiner finds. They stated that at the time, the victim was in fear of his and his family's life.

Police Chief Smith described this as a "unique" but "tragic" situation, citing that "no one wants to see a young person lose their life in such a tragic manner."

He added that the community should call the police if in fear of a situation, stating that "allow us to come out and deal with the circumstances of the situation that are there. That is extremely important. The family did the right thing by calling 911.