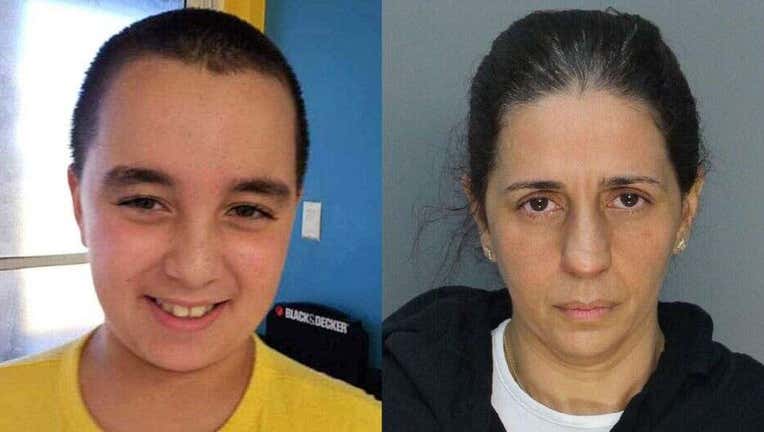 MIAMI - Taxpayer dollars will help cover the defense costs for a Florida woman charged with first-degree murder in the drowning death of her autistic 9-year-old son.

Miami-Dade Circuit Judge Daryl Trawick ruled in an order released Thursday that Patricia Ripley, 46, is indigent for certain costs that include depositions, private investigators and experts who specialize in trying to keep defendants off Florida’s Death Row, the Miami Herald reported. Similar death penalty cases have cost hundreds of thousands of dollars in experts, investigators and other expenses.

Prosecutors objected, pointing out that her family owns an expensive home in South Florida and land in the Dominican Republic.

Ripley is still currently responsible for paying the $300,000 being charged by her private defense lawyers. If the judge finds her indigent for attorney fees, she'll be represented by the Miami-Dade Public Defender’s Office.

Ripley is accused of the May 2020 death of Alejandro Ripley, who suffered from severe autism and could not speak. She is charged with first-degree murder and multiple other felonies. She remains jailed while awaiting trial. She has pleaded not guilty.

Patricia Ripley initially called 911 and said two Black men took her son after running her off a road south of Miami, police said. An Amber Alert was issued for the boy. The child's body was found the next day in a canal a few miles from the area she said the abduction had taken place.

Investigators were initially suspicious of Ripley’s changing accounts of what happened. They learned that earlier in the evening, Ripley was caught on surveillance cameras pushing the boy into a canal, according to authorities. A bystander rescued the boy from the water.

Police said the mother pushed the child into the water again at a different spot about an hour later and he drowned.

When police confronted Ripley, they said, she acknowledged making up the kidnapping story. She also admitted to leading the child to the canal where he died and said, "he’s going to be in a better place," according to the police report.