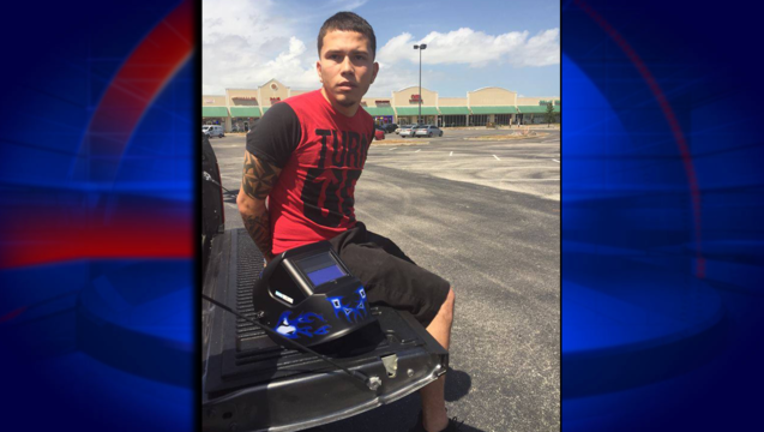 KISSIMMEE Fla. (WOFL FOX 35) - A car thief was caught by Orange County officers after he was distracted by the solar eclipse.

He reportedly parked the stolen car at Harbor Freight on Osceola Parkway in Kissimmee. He also was said to have brought a welder's mask to safely view the solar eclipse.

Rosado was standing in the parking lot next to the stolen car, with the welding helmet on and looking up at the eclipse, when deputies say they swooped in and made the arrest.