A historic liftoff lit up the sky over Florida early Saturday morning. NASA's Lucy spacecraft blasted off from Cape Canaveral to explore asteroids near Jupiter.

NASA's Lucy spacecraft blasted off from Cape Canaveral to explore asteroids near Jupiter. The goal is to study the origins of the solar system.

"With Lucy, we’re going to eight never-before-seen asteroids in 12 years with a single spacecraft," said Tom Statler, Lucy project scientist at NASA Headquarters in Washington. "This is a fantastic opportunity for discovery as we probe into our solar system’s distant past." 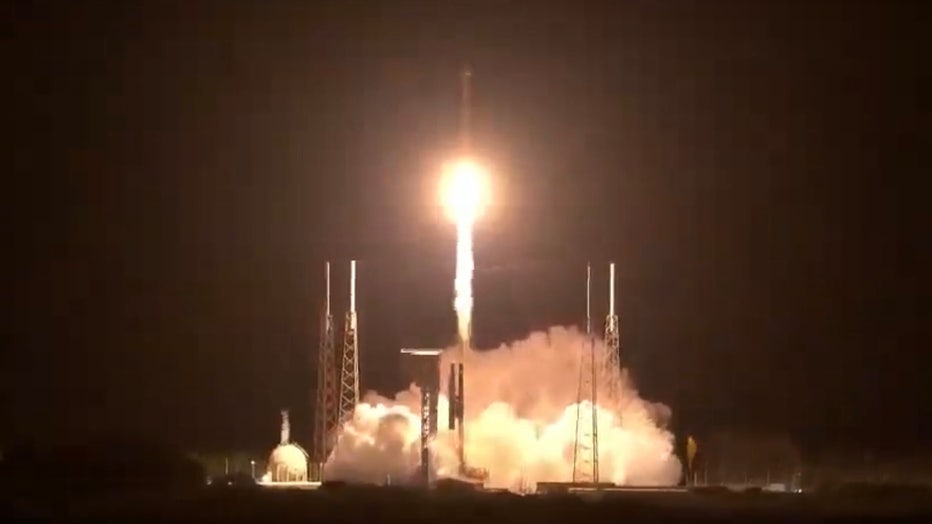 According to NASA, these asteroids circle the Sun in two swarms, with one group leading ahead of Jupiter in its path, the other trailing behind it.

"Lucy will be the first spacecraft to visit these asteroids. By studying these asteroids up close, scientists hope to hone their theories on how our solar system’s planets formed 4.5 billion years ago and why they ended up in their current configuration."

The Atlas V took off from Space Launch Complex 41 carrying Lucy outside Earth’s atmosphere to begin the long journey to the Trojan asteroids.

Onboard Lucy is a time capsule-like plaque featuring messages from legends like Albert Einstein, The Beatles and many other cultural thinkers. 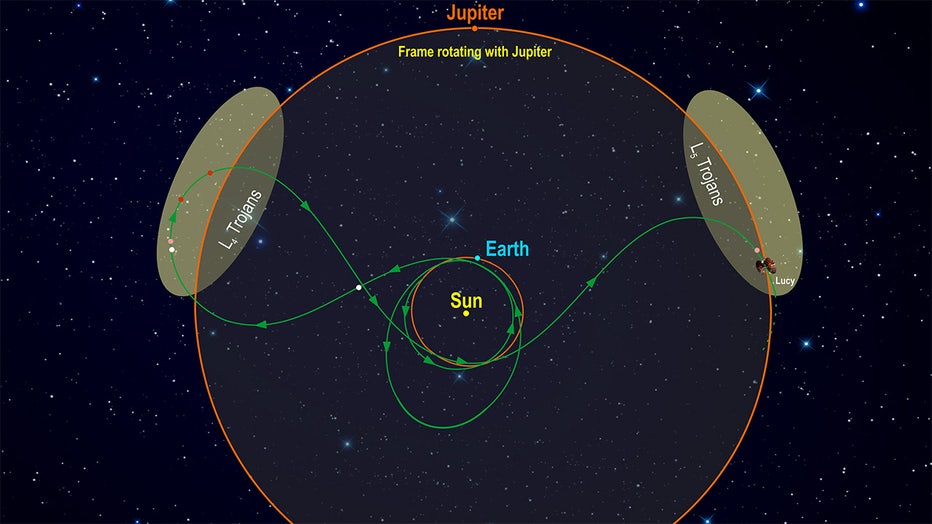 "Why go to the Trojan asteroids? The Trojans are a diverse group, but they have never been explored by a space mission. Scientists hypothesize that they are a mixture of bodies that formed all over the outer solar system," United Launch Alliance explained.

According to ULA, Saturday's liftoff marks the 671st Atlas launch since 1957.