Free meal and a message to young couple at diner

Tailor Stewart and her boyfriend, Tellis Baker, were eating at a restaurant on Sunday in Gainesville, Florida. When the bill came, they got a surprise.

Tailor Stewart and her boyfriend, Tellis Baker, were eating at a restaurant on Sunday in Gainesville, Florida when they sat in a waitress named Hannah’s section.

“I read it, and literally, I ugly cried. I was not expecting it,” said Stewart. ”When it was time for the check to come, she’s like it’s there but no rush. I’m like okay cool. So, he opened up the bill and I could see something about 'black lives.'”

What it read was “Black lives matter. I will personally be taking care of your food today. It’s time we stand together. You are all beautiful and amazing human beings who deserve the world and more. Equality is key. Love Hannah.”

“Honestly, it was kind of a shocker especially with everything that’s going on now. I kind of was just unprepared for it,” said Baker. 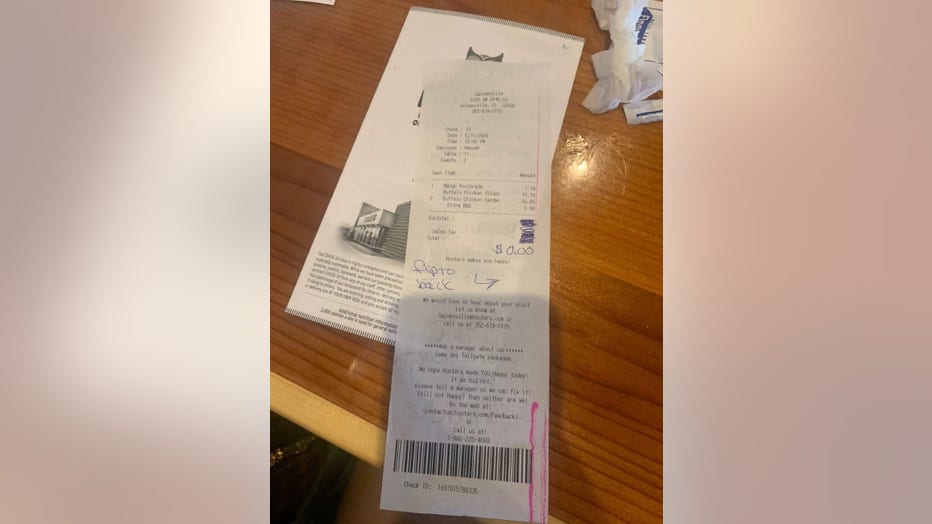 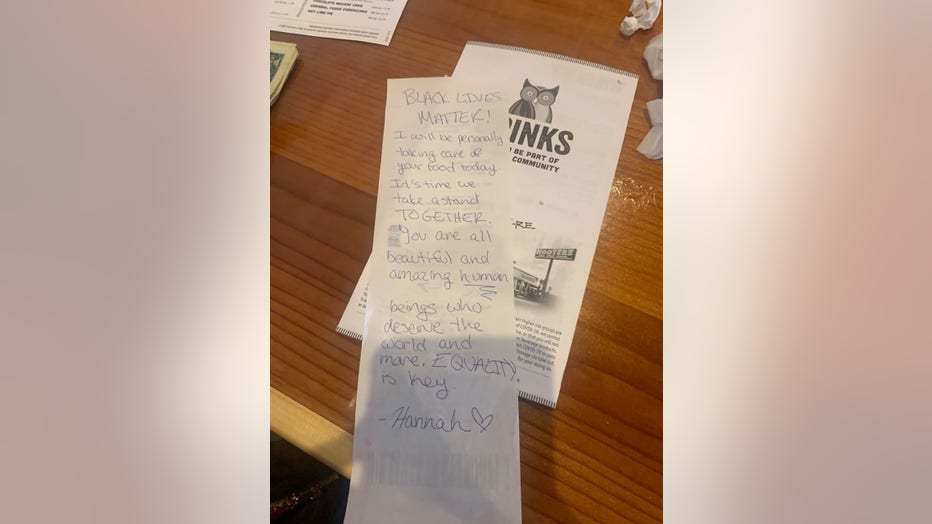 The meal was only about 30 bucks, but the message behind it was invaluable.

“Despite everything that’s going on, there are still good people out there. It doesn’t matter what color you are, we are all the same deep, down inside and we all deserve to be treated equally,” Stewart added.

The Hooters restaurant in Gainesville did not have a comment and said Hannah was not working when we called. When Stewart went to leave the establishment, she said Hannah asked if she could give her a hug.