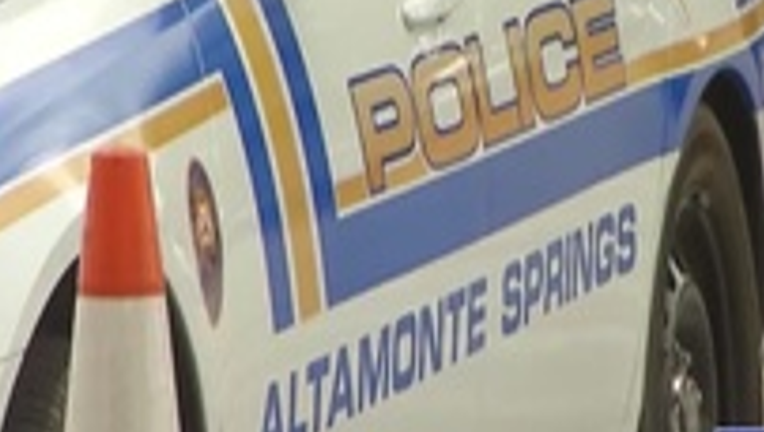 ALTAMONTE SPRINGS, Fla. - UPDATE: The suspect has been identified as 19-year-old Christian Millian.

The Altamonte Springs Police Department says that they are still searching for a stolen vehicle suspect who ran into a retention pond while fleeing from officers.

They say they received information from the Orange County Sheriff's Office on Monday morning advising them of a stolen vehicle heading their way. Since then, Altamonte Springs officers observed the vehicle exiting the Boca Vista apartments. It traveled to the Wawa gas station on W. State Road 436. Officers attempted to make contact with the driver there.

The driver reportedly fled from the officers. The suspect ran into a retention pond and refused to comply with the officer's orders. The suspect struggled to remain afloat and officers lost visual of him. Seminole County Fire units came to the scene and sent a diver into the pond to look for the suspect. They were unsuccessful due to low visibility in the dark and murky water.

Search efforts are still ongoing as the suspect has not been located yet. The suspect's identity remains unknown.

Anyone with information regarding this incident is asked to contact the Altamonte Springs Police Department at 407-339-2441. Anonymous tips can be submitted through Crimeline at 800-423-TIPS.