As four amateur astronauts blasted off into space as part of the world's first all-civilian launch, Inspiration4 -- a stuffed puppy in a spacesuit came along for the ride!

CAPE CANAVERAL, Fla. - Four amateur astronauts have successfully blasted off into space as part of the world's first all-civilian launch, Inspiration4. But did you know there was a puppy onboard?

Well, it was a plush ‘space puppy’ named Jude. The stuffed animal in the silver spacesuit served as the zero-gravity indicator for the mission. 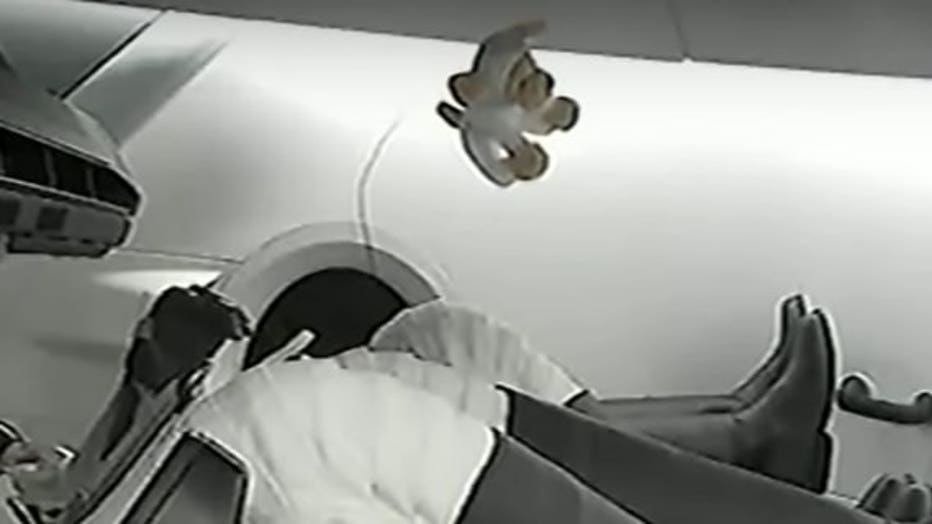 Crew member Hayley Arceneaux reportedly pulled the plush doll out of a pouch as the Falcon 9 rocket's second stage engine cut off and began floating around the spacecraft.

"And it looks like it is a little golden retriever," a commentator said during SpaceX's live broadcast on Wednesday night.

They were right. St. Jude's says the zero-g indicator was inspired by their specially trained facility dogs, Huckleberry and Puggle.

If you want one, St. Jude's is selling them for $24. You can buy your own ‘Space Puppy’ HERE. Proceeds help support the hospital's lifesaving mission.

This isn't the first time a stuffed animal has been to orbit.

Last year, the stuffed dinosaur that went to space on the first crewed mission from American soil since 2011 went viral and sold out online.

According to The Verge, when the stuffed toy starts floating, it indicates to the strapped-in astronauts that they’ve reached zero-g and are experiencing weightlessness.