Here are the 2021 Atlantic hurricane names to watch for

FOX 35 meteorologist Allison Gargaro is breaking down the list.

ORLANDO, Fla. - This sounds like a SyFy movie in the making.

For the first time ever, scientists say they have detected a ‘space hurricane’ hovering above Earth. And get this: researchers say instead of water, the hurricane ‘rained’ electrons!

The findings were published in the journal Nature Communications.

According to the study, the hurricane was 600-miles-wide, made up of plasma and had spiral arms. It was captured by satellites in 2014, but was only recently uncovered by scientists from the University of Reading and Shandong University in China. Scientists say the hurricane swirled in a counterclockwise direction above the North Pole for around 8 hours before gradually breaking down. 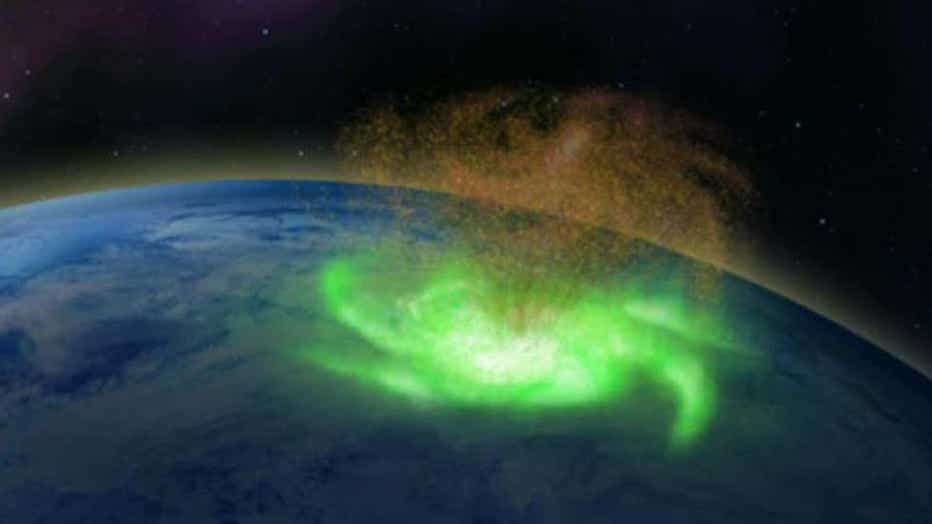 University of Reading space scientist Mike Lockwood said: "Until now, it was uncertain that space plasm hurricanes even existed, so to prove this with such a striking observation is incredible."

Lockwood said the space hurricane was created "by unusually large and rapid transfer of solar wind energy and charged particles into the Earth’s upper atmosphere."

"Plasma and magnetic fields in the atmosphere of planets exist throughout the universe, so the findings suggest space hurricanes should be a widespread phenomena."

Scientists were able to create a 3D image of the hurricane using data from satellites, radars, and other sources. The space hurricane resembles typical hurricanes here on Earth, which form over warm bodies of water.

The authors of the study say the fact that the space hurricane occurred during a period of low geomagnetic activity suggests they could be more relatively common within our solar system.

"This highlights the importance of improved monitoring of space weather, which can disrupt GPS systems."