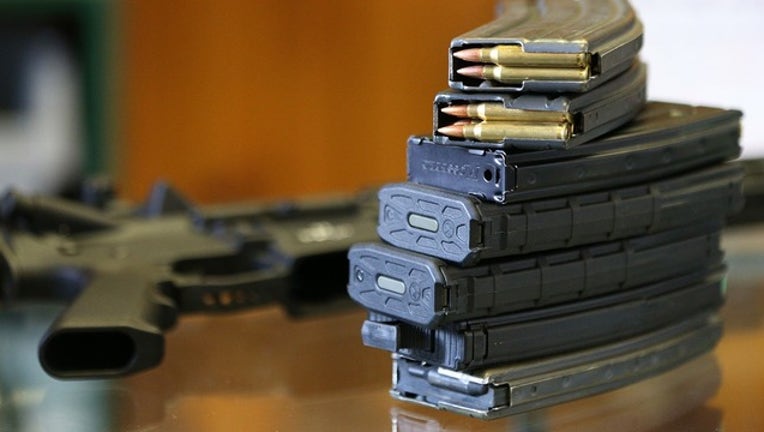 ATLANTA (AP) - One man in upstate New York sawed his AR-15 rifle into pieces and posted a video of it on Facebook. A woman in Connecticut did the same with her handgun. Not far from scene of the Florida high school shooting, another man brought his assault weapon to police and asked them to destroy it.

In response to the killings of 17 people by a 19-year-old with an AR-15, some gun owners are waging personal protests against mass shootings.

The AR-15 is the gun drawing the most scorn during these public displays of destruction playing out on social media. Their owners say they love to shoot it, but enough is enough.

Scott Pappalardo is one such gun owner. Sitting in the backyard of his home in Scotchtown, New York, cradling the Eagle AR-15 rifle he'd owned for 30 years, Pappalardo called himself a firm believer in the Second Amendment who considers the rifle his favorite, but said he's pained by the steady drumbeat of mass shootings.

"Here we are, 17 more lives lost. So when do we change? When do we make laws that say maybe a weapon like this isn't acceptable in today's society?" he said in a video on his Facebook page. People blame mental illness, video games, bad parenting and other reasons, but he said "ultimately, it's a gun like this one that takes away the lives."

With that, he turned around and put a saw to his rifle, and posted the video with the hashtag #oneless, calling it "My drop in a very large bucket." That was Feb. 17, and 5 days later, it had received more than 375,000 likes and been shared more than 425,000 times.

Pappalardo, a 50-year-old supplier of building materials, said it was a tough and personal decision to destroy the gun. He loved target shooting with it. He's been a gun owner for decades and even sports a fading tattoo on his arm showing a firearm with the words "the right to keep and bear arms."

"I literally love that gun. It was almost like taking my sick dog out in the backyard and putting it out of its misery. It was very personal for me," Pappalardo told The Associated Press. "And I said to my wife before I did it, I can't believe I'm about to go outside and cut up my gun. It wasn't an easy thing to do."

But he believes the AR-15 has become a weapon of choice for too many mass shooters - used in Parkland, Las Vegas, the Orlando nightclub shooting, last year's Texas church massacre and other recent high-profile attacks - and he no longer wanted to be associated with it.

Despite the recent outrage, the AR-15 remains an incredibly popular weapon across America, and the people destroying them represent a small fraction of the gun's owners.

Chris Waltz, president and chief executive of AR15 Gun Owners of America, called these acts kneejerk reactions that wrongly blame the rifle. He laments that so many mass shooters have been using the AR-15 to carry out their carnage, even as handguns remain the weapon most used in mass shootings. His group has more than 550,000 Facebook followers, adding 10,000 more in recent days.

"It's not a rifle problem. It's a societal problem," Waltz said. "We need to get a handle on what's going on that's causing these kids to do these things."

Destroying the weapon "makes no sense at all," he says.

"If you're a responsible gun owner and you purchased that weapon and you know you're not psychotic, then why would you ever do that?" he said. "It almost seems like it's political theater."

Ben Dickmann, who lives near Parkland, brought his AR-57, a variation of the AR-15, to Broward County sheriff with instructions to have it destroyed.

"I enjoyed shooting this rifle immensely but I don't need it, I have other types I can shoot for the same enjoyment," he wrote in a Facebook post showing images of the firearm and an officer processing the paperwork to destroy it.

His post, like others using Facebook to publicly declare what gun owners have done, attracted thousands of comments that offer a glimpse into the nation's gun debate. Some accuse him of being a wimp or somehow deranged. Others praise him.

Amanda Meyer, who lives in New Haven, Connecticut, had a similar experience.

She grew up in Iowa and first learned to hunt at 14. Five years ago, she bought a Sig Sauer P229 handgun to target shoot and for self-defense. She had been thinking about getting rid of it for months, but was worried it could wind up in the wrong hands.

"After what happened in Florida, I just thought, this is ridiculous, I'm attaching myself to this inanimate object that its sole purpose is to kill humans," Meyer told the AP.

Her Facebook video -- showing her slicing holes into the barrel, the rails and other parts with a saw in her garage -- attracted tens of thousands of shares and comments. Some call her a stooge of gun-control advocates who will regret this if she needs it to defend herself.

Meyer has a tortured history with firearms: Her brother killed himself with one, she lives just a few miles from the Newtown elementary school massacre, and a cousin and his wife were at the Las Vegas concert where a man with an arsenal of automatic weapons killed 58 people and injured hundreds in the deadliest mass shooting in modern U.S. history.

"The solution, at least according to most of the cold-dead-hands crowd, is that we all just need to be kinder and more respectful and raise better children, those sorts of things," Meyer said. "Then the same people will come and say they wish someone would just break into my house and kill me so everybody would know I really did need that gun." 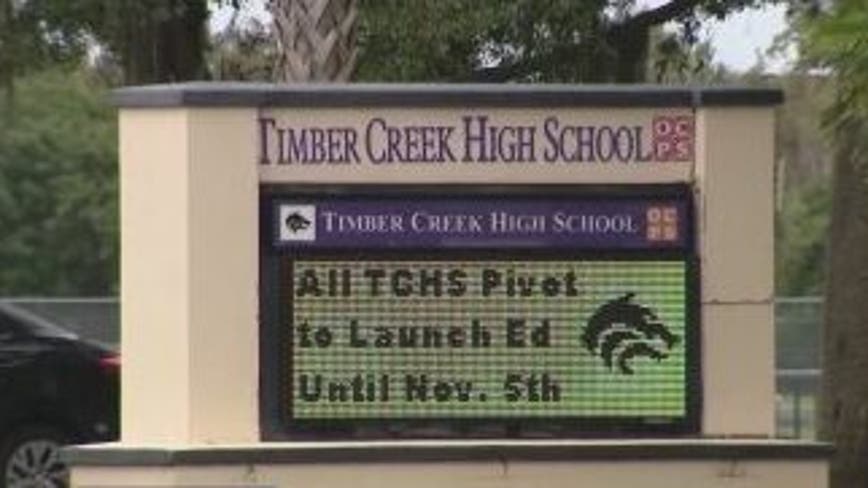 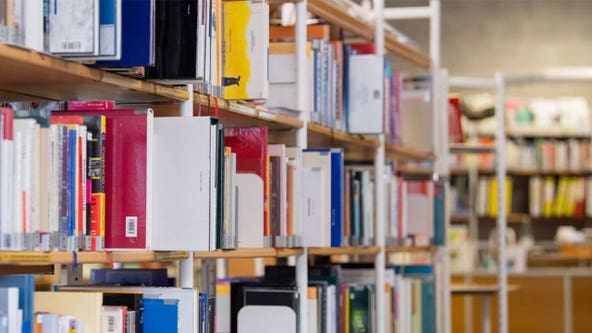