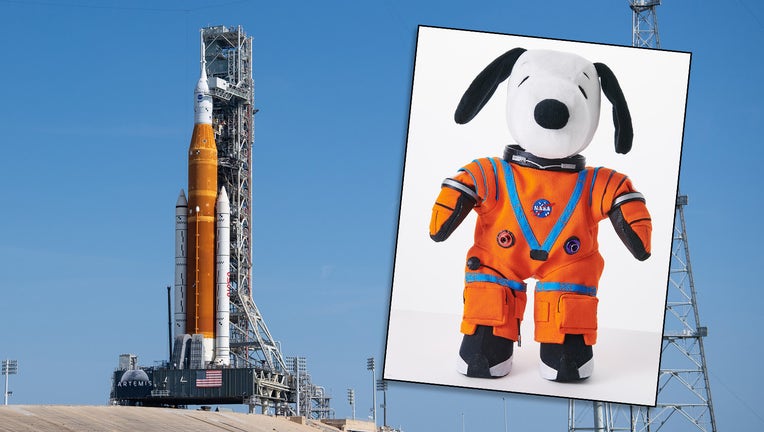 Snoopy, in his custom orange flight suit, is the Artemis I mission's zero-gravity indicator. (Photos via NASA, Peanuts Worldwide LLC)

CAPE CANAVERAL, Fla. - When NASA’s Artemis I mission reaches space, there won’t be any astronauts aboard but a familiar face will be floating around the Orion capsule. Snoopy, the famous comic strip beagle, is serving as a "zero-gravity indicator" for the flight.

Artemis I is a test flight for NASA’s giant new Space Launch System rocket and Orion spacecraft. The capsule will spend several weeks in space, swinging around the moon before returning to Earth – trying out a variety of things the space program hasn’t accomplished since the Apollo days, which is when the Snoopy-NASA association began.

During the moon race of the 1960s, ‘Peanuts’ creator Charles M. Schulz created ‘Snoopy on the Moon’ comic strips, helping capture public excitement about the space program. The communications caps worn by Apollo astronauts under their helmets became known as "Snoopy caps" because of their distinctive black and white appearance.

And just two months before the Apollo 11 lunar landing, the astronauts of Apollo 10 came within a few miles of landing on the moon, riding aboard a lunar module nicknamed ‘Snoopy’ and a command module they dubbed ‘Charlie Brown.’

It’s also NASA tradition to hand out ‘Silver Snoopy’ awards to employees and contractors to celebrate mission success and program safety achievements. The silver pins are all flown in space, and Artemis I will be carrying some as well.

RELATED: Artemis I’s LEGO astronauts: On a mission to inspire

Snoopy himself finally made it to space aboard space shuttle Columbia’s STS-32 mission in 1990. Now, he’s headed for lunar orbit aboard Artemis I as the zero-G indicator – a visual indicator that the spacecraft has reached the weightlessness of space.

Also aboard will be a pen nib that Charles Schulz used to draw his iconic characters. Schulz passed away in 2000, but the museum that carries on his legacy provided the nib, which will be wrapped in a space-themed comic strip. 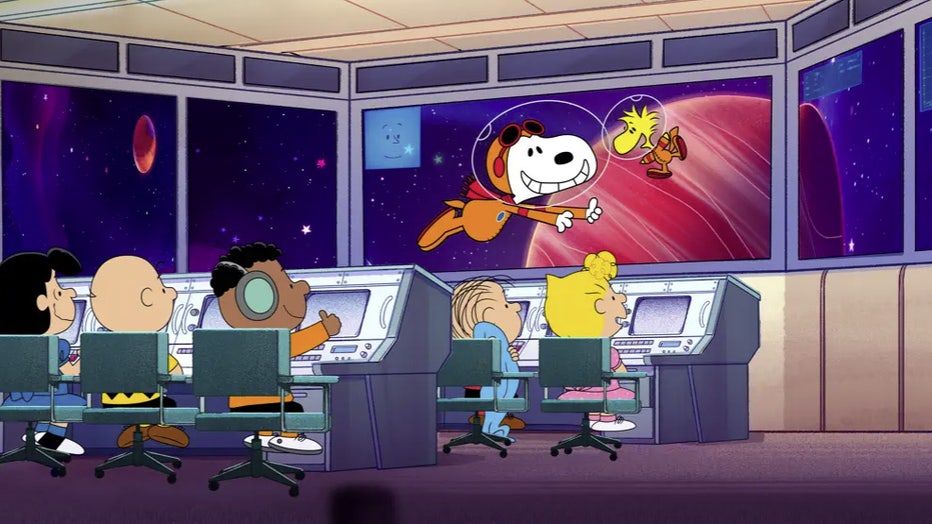 LEGO figures, tree seeds, and some Apollo 11 artifacts are among the other items aboard the flight, in addition to manikins that will be wearing flight suits and other sensors to collect as much information as possible about the flight from an astronaut’s perspective.

PREVIOUS: These recycled space shuttle parts are now powering Artemis I to space