Seminole County officials are warning residents to stay off the roads due to a flooding emergency caused by Hurricane Ian.

ORANGE COUNTY, Fla. - The Florida Highway Patrol has shut down the Florida Turnpike in both directions in Orange County due to "significant flooding."

"This area of the Turnpike in Orange County will remain closed until the storm passes and the flooding subsides," FHP said. Traffic is being redirected off the Turnpike.

Hurricane Ian dropped torrential amounts of rain across Florida before moving closer to Central Florida and downgrading to a tropical storm. The massive amounts of rain have caused Flash Flood Warnings in several counties and a flooding emergency in Seminole County. 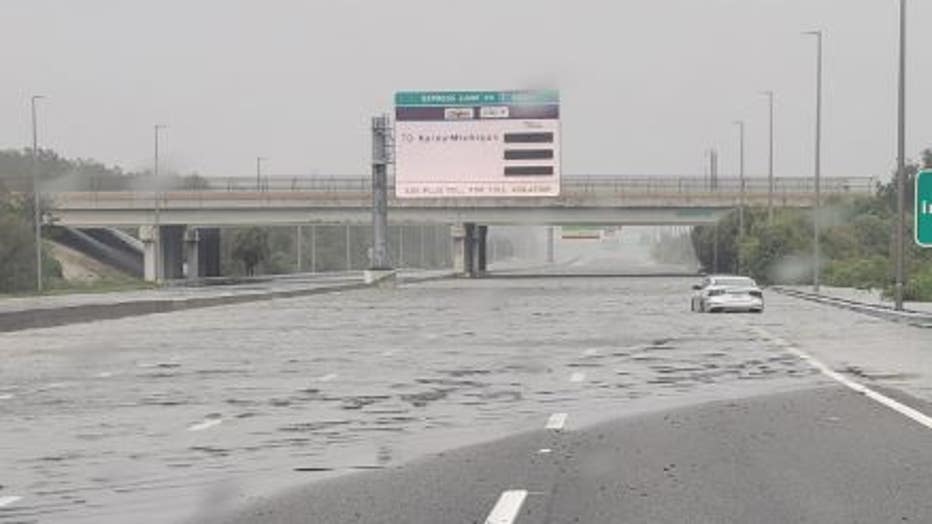 In Deltona, a 72-year-old man died after deputies say he went outside during the storm to drain his pool into a 30-foot-wide canal. .They say the heavy rain made the steep decline into the water extremely soft and slippery.