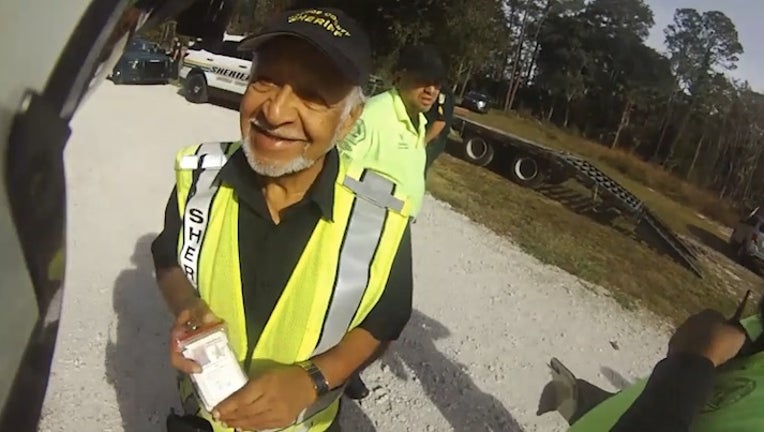 ORLANDO, Fla. - The man deputies say impersonated a deputy at a traffic stop no longer has ties to the Orange County Sheriff’s Office.

Yunus Gardee, 77, was arrested this week by the Osceola County Sheriff’s Office.

The arrest came after a Nov. 26 situation where deputies say Gardee, a volunteer at the Orange County Sheriff’s Office, showed up at the scene of a traffic stop and represented himself as a law enforcement officer.

Volunteer accused of impersonating a deputy

In an interview with FOX 35 on Friday, Orange County Sheriff John Mina said his office has now cut ties with Gardee completely.

“Yeah, we immediately removed him as a volunteer from the Orange County Sheriff’s Office,” said Sheriff Mina.

The incident that sparked the situation was caught on a deputy’s body camera.

Deputies said they had just pulled over two men on motorcycles in the parking lot of the Muslim Cemetery of Central Florida.

They say the bikes were labeled "Metro State" and had gone through a stop sign with what appeared to be blue and red flashing lights and blocked an intersection.

The deputy stated in the incident report that they later found out the men were working for a funeral procession. 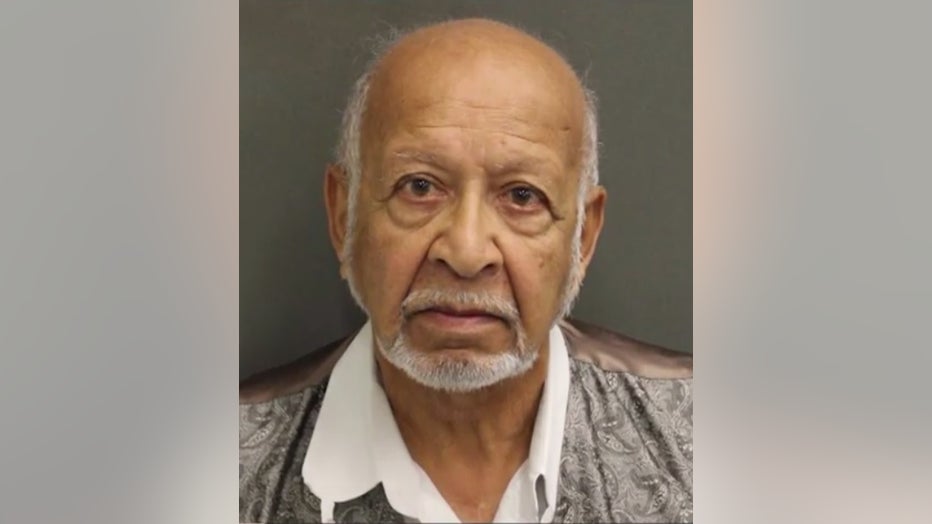 The video also shows the man flashed a lanyard with an ID card attached to it.

The deputy said that Gardee flashed it so fast he was unable to read what it said.

"What seems to be the problem, officer?" the man identified as Gardee asked the deputy who replied, "It seems, ummm, you a sheriff?" The man answered, "Yes. Orange County. Seventeen years."

In the video, the man identified as Gardee goes on to tell deputies the motorcycles pulled over "always come and officiate funerals for us."

The owner of that company, Metro State, was arrested last month on a charge of impersonating a police officer while escorting motorcades to funerals.

That man, Jeremy Dewitt, told FOX 35 News by phone Friday that Gardee does not work for Metro State, but that he does regularly volunteer at funerals in that area.

He said it appears Gardee approached the scene to tell deputies the motorcyclists were working and escorting a funeral at the time.

Dewitt said his men also weren’t using red and blue flashing lights, but the purple and yellow ones that are required to use in escorts.

He said his men were ultimately left alone because they were just correctly doing their jobs.

Dewitt also denies the accusations that he or members of his company have ever impersonated officers.

Gardee was arrested after the Osceola County Sheriff's deputy reported that they were told by the Orange County Sheriffs Office that Gardee is a volunteer and not a sworn officer.

“He’s been a volunteer for 17 years. No incidents that I’m aware of; has done a good job,” said Mina, adding that he believes he met Gardee at a couple of functions in the past. “Nice man.”

Mina said all of Gardee’s equipment has been taken back by the department and his criminal charges are in the hands of Osceola County.

Mina said his office may take the situation as an opportunity to remind volunteers of how they need to represent the office, but he said it is made clear to them in training that they are not sworn deputies.

“Sometimes they’re out there assisting us and they’re not supposed to represent themselves as an Orange County Sheriff’s Deputy,” Mina said.

Gardee is out of jail on bond.