NASCAR driver Ryan Newman's team says he has been released from the hospital just days after surviving a massive crash at the Daytona 500.

VOLUSIA COUNTY, Fla. - NASCAR driver Ryan Newman, who was injured in a fiery crash during the Daytona 500, was released from the hospital on Wednesday.

Before his release, Roush Fenway tweeted a photo of Newman and his two girls smiling at Halifax Medical Center where he was being treated.

"True to his jovial nature, he has also been joking around with staff, friends. and family while spending time playing with his two daughters."

Fans of Newman were delighted to hear the news.

"So happy to hear the update and see a picture of him and his big smile!! Hope you feel better soon Ryan!" wrote Janice Gallant on Facebook.

Amanda Lee-Minger commented, "A true miracle! The Lord has His hands on Ryan. So happy to see him up and smiling."

Just hours later, his team tweeted another photo: this time of him and his girls walking out of the hospital -- just 2 days after surviving a fiery crash at the Daytona 500. 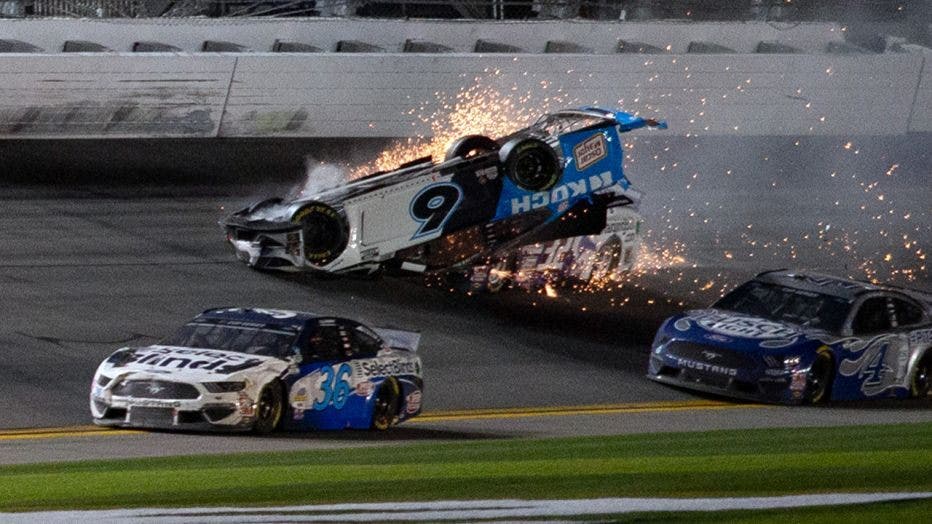 Newman was reportedly extracted from his car and taken directly to a local hospital by ambulance to Halifax Health Medical Center, a Level II Trauma Center which serves Volusia County. He was listed in serious condition.