MOSCOW - Russia has imposed a nationwide mask mandate amid a second wave of the novel coronavirus, according to a New York Times report citing a federal health watchdog agency called Rospotrebnadzor, which published the order on its website. Germany and France were also taking measures to curb the rapid spread of the virus within their own borders.

According to the Times, governors of Russia’s 85 regions ordered restaurants and entertainment venues to close, and for facial coverings to be worn in taxis, public transportation, elevators and parking garages — and anywhere more than 50 people gather.

According to the apparent order on the watchdog’s website, the mandate was imposed on Oct. 16, just two days after the Associated Press reported that Russian authorities gave regulatory approval to a second coronavirus vaccine after early-stage studies, two months after a similar move prompted widespread criticism from scientists both at home and abroad.

Russian President Vladimir Putin made the announcement on Oct. 14 during a televised meeting with government officials.

“We now need to increase production of the first vaccine and the second vaccine,” Putin said, adding that the priority was to supply the Russian market with the vaccines.

The peptide-based, two-shot vaccine, EpiVacCorona, was developed by the Vector Institute in Siberia and tested among 100 volunteers in early-stage, placebo-controlled human trials, which lasted more than two months and were completed two weeks ago. The volunteers were between 18 and 60 years old.

Russian scientists have yet to publish the results of the study. In comments to the media, scientists developing the vaccine said that it produced enough antibodies to protect the person who had it from the virus and that the immunity it creates could last for up to six months.

An advanced study involving tens of thousands of volunteers that is necessary to establish safety and effectiveness of the vaccine was scheduled to start in November or December.

Russia’s first vaccine, Sputnik V, was developed by the Moscow-based Gamaleya Institute and approved by the government on Aug. 11, after early trials among 76 volunteers were completed. Just like on Wednesday, Putin personally broke the news on national television and said one of his daughters had already been vaccinated, experienced slight side effects and developed antibodies.

Russia has the world’s fourth-largest coronavirus caseload with over 1.5 million infections. It has also reported over 26,000 deaths, as of Oct. 28, according to data from Johns Hopkins University. 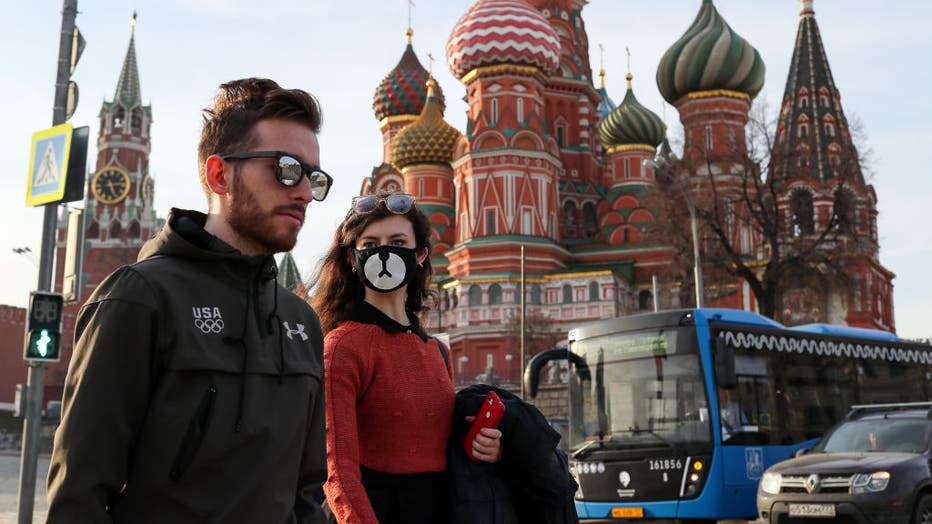 Amid Russia’s second coronavirus wave, the World Health Organization said Tuesday the European region — which includes Russia, Turkey, Israel and Central Asia, according to its definition — accounted for almost half of the 2.8 million new coronavirus cases reported globally last week. The U.N. health agency said virus-related deaths were also on the rise in Europe, with about a 35% spike since the previous week, as well as hospitalizations due to COVID-19.

“We are deep in the second wave,” European Commission President Ursula von der Leyen told reporters in Brussels. “I think that this year’s Christmas will be a different Christmas.”

Meanwhile, German officials have agreed to a four-week shutdown of restaurants, bars, cinemas, theaters and other leisure facilities in a bid to curb a sharp rise in coronavirus infections, Chancellor Angela Merkel said.

Merkel and the country’s 16 state governors, who are responsible for imposing and easing restrictions, agreed on the partial lockdown in a videoconference. It is set to take effect on Monday and last until the end of November.

Merkel said, “We must act, and now, to avoid an acute national health emergency.”

In France, more than half of the country’s intensive care units are already occupied by COVID-19 patients.

French military and commercial planes are ferrying critically ill virus patients to other regions as hospitals fill up and French doctors have called on the government to impose a new nationwide lockdown.

France reported 288 new virus-related deaths in hospitals in 24 hours Tuesday and 235 deaths in nursing homes over the previous four days. Both figures marked the biggest such rise since May.

Belgium, the Netherlands, Spain, Britain and the Czech Republic have also seen a surge in new cases over the past 14 days, while infections rates in Germany were lower but climbing steadily.

Overall, Europe has seen more than 250,000 virus-related deaths since the start of the outbreak, according to a tally by Johns Hopkins University.