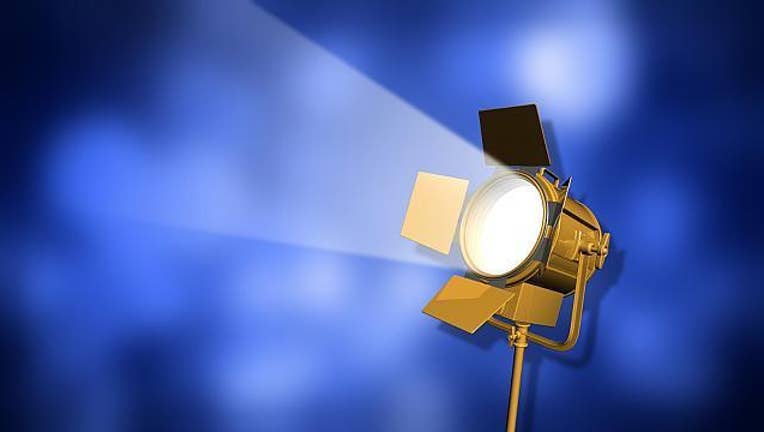 BERLIN (AP) - The man relentlessly pursued by photographers is stepping into their shoes for his latest movie role.

British heartthrob Robert Pattinson plays photographer Dennis Stock in Anton Corbijn's "Life" - which follows the relationship between Stock and a young James Dean (played by Dane Dehaan) who is on the brink of superstardom.

The 29-year-old Pattinson talked to The Associated Press about the transition from celebrity to photographer and the onset of fame after his roles in the blockbuster "Harry Potter" and "Twilight" film series. "Life" comes out on Friday in the United Kingdom and Dec. 4 in the U.S.

Q: "You spend your life in front of the camera, how was it to be behind the camera?"

PATTINSON: "It is interesting to feel the power trip, especially when I was shooting the scene on the red carpet, when you are part of the massive throng of people, and not only are you part of the crowd and hidden but you have something you can hide your own face (with). You just see all the pressure is on someone else. It is kind of nice, you feel all secure in your little pack. It is very different."

PATTINSON: "I wasn't really interested in photography before. And then I started shooting on the same Leica that Dennis Stock had, I think it's the same one I'm using in the movie. I took about 20 rolls of film, and then got them all developed, and I was really into it before I saw the photos. I really thought that when someone tells you the fundamentals you think that it's all going to come out and be amazing. When they're not you like 'I don't understand why aren't they like genius photos?' I kind of lost interest afterwards."

Q: "What is interesting is Dean's journey ... he is on the brink of fame and he is considering the impact that fame is going to have on his life. Was there a moment like that with you?"

PATTINSON: "No. I guess Dean had, in the movie anyway, a very strong idea of how he wanted to be and what he felt it was going to be. Whereas I didn't have any idea like what was going on at all. The first period of getting famous was incredibly strange to me and really fun at the beginning because you didn't realise the consequences of anything. You could say or do whatever you wanted and it just didn't matter. I only really realised what being famous was about three years after I got famous, four years afterwards."

Q: "When you are choosing your roles, do you consider your fan base?

PATTINSON: "I don't think about it at all. I will go through periods where I will think 'Oh maybe I should do a commercial movie' and then I just think, someone gave me a really great piece of advice, someone from my agency weirdly, they said the only clients that are happy are the ones that just do what they want to do. ... So I just kind of do everything for myself."

Q: "If you could hang out with Dean for a day, what would you do?"

PATTINSON: "I would take a bunch of photos of him because then you would have a whole career, sell a bunch and license them out afterwards. I don't know, he's just a 23-year-old guy. He would probably be really annoying."