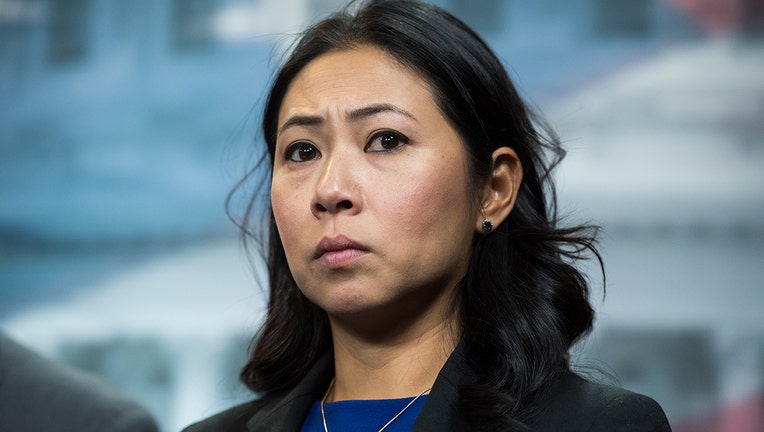 U.S. Rep. Stephanie Murphy, D-Fla., said Monday she will not run next year for the U.S. Senate seat held by Republican Marco Rubio.

Murphy, who represents a swing congressional district in Central Florida, had been exploring a race for the Senate. In a video posted Monday on Twitter, Murphy also said she has looked at running in 2024 for the seat held by U.S. Sen. Rick Scott, R-Fla.

"The reality is Marco Rubio will not be an easy opponent, especially if it’s on the heels of a bruising primary where Democrats spend millions attacking each other instead of using those millions to build the infrastructure we so desperately need to win here," Murphy said in the video.

"So I’ve decided, instead of running for the U.S. Senate, I will devote my energy to helping make our party stronger. While I will not be running statewide in 2022, I will work to help the Democratic Party build toward statewide success."

"Since February, I have been traveling the State of Florida listening to my fellow Democrats about how we can regroup and re-energize our state party ahead of the 2022 elections.

"We’ve had too many close losses in Florida, and so I wanted to use my experience from winning tough races to help the party prepare itself.

"At the same time, I have been seriously considering a run for the U.S. Senate in either 2022 or 2024. I am deeply disappointed by our current representation. I think both Senators Marco Rubio and Rick Scott repeatedly put their own interests above the interests of the people of Florida.

"And I’m grateful to all the Floridians who have reached out to me over the last few months encouraging me to run against Marco Rubio.

"I wouldn’t be considering a run if I didn’t think I’d be a strong nominee. I have won every single race I’ve run, including a primary and tough generals in one of the toughest seats in the country.

"And the reality is that Marco Rubio will not be an easy opponent especially if it’s on the heels of a bruising primary where Democrats spend millions attacking each other instead of using those millions to build the infrastructure we desperately need to win.

"So I have decided instead of running for the U.S. Senate, I will devote my energy to helping make our party stronger.

"While I will not be running statewide in 2022, I will work to help the Democratic party build towards statewide success. We must start now with unity of effort if we want the state to be ready to put the White House, a Senate seat, and more state and local races in the democratic column in 2024.

"I’m an incredibly proud and patriotic American. My family fled tyranny and thanks to the power and generosity of America, I’m the first woman in my family to go to college and the first Vietnamese American woman in Congress. And I think the opportunities that allowed my family and me to work hard and get ahead are slipping away from too many Americans.

"So I’m not going anywhere. We have so much work that remains undone. I’ll be working in Congress to fight for Florida and working with the White House to get us through this pandemic and help build our economy back better than before.

"I’m excited about the work ahead, and I’m looking forward to it because I will never stop fighting for Floridians and for progress that moves this nation forward."

Rep. Murphy is a U.S. Congresswoman who represents Florida’s Seventh Congressional District in the U.S. House of Representatives. This district includes all of Seminole County and some of Orange County.