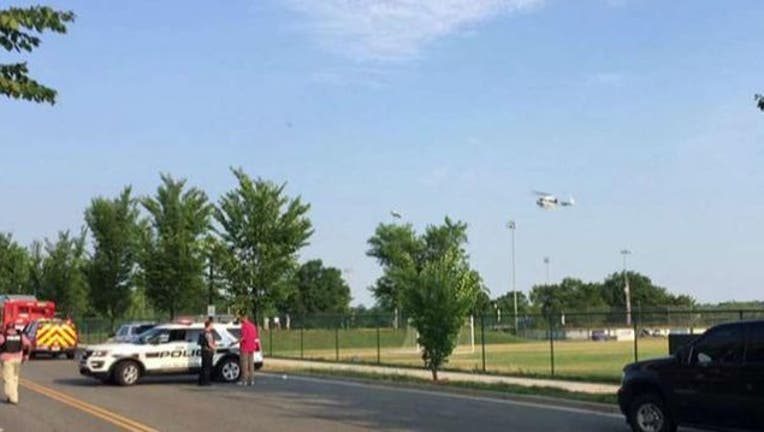 Scalise was shot in the hip and some of his security team members were also reportedly wounded.

DeSantis said by phone that he and another congressman were leaving when a man asked them whether Republican or Democrat members of Congress were on the field.

DeSantis said the man wasn't carrying anything at that time, but then a few minutes later, the shooting started.

The gunman, who opened fire with a rifle, is reportedly in custody.

The members of Congress were holding an early-morning practice for an upcoming congressional baseball game.

Sen. Rand Paul (R-KY) said a massacre could have unfolded if police and Scalise's security team were not there.

He said that he "vaguely" saw the gunman from about 75 yards away before the shots started.

Paul said just minutes earlier, he was in the area where the shots were coming from but walked to the batting cage area to hit.