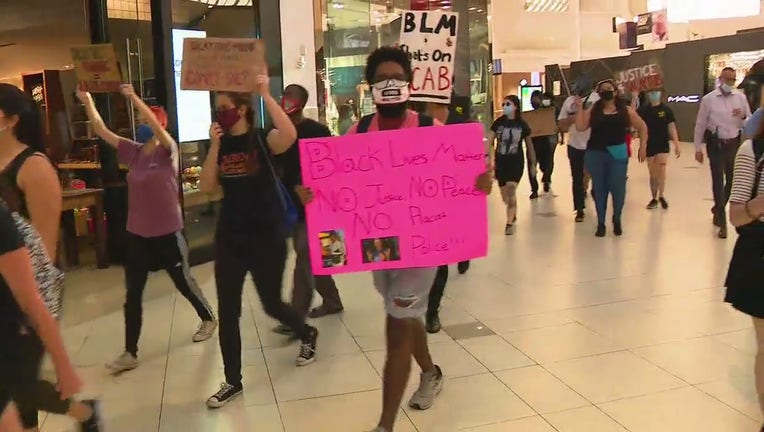 The incident happened on August 7th. The Orange County Sheriff’s Office initially said deputies were looking for a man who was wanted for possession of a firearm by a convicted felon and who was also a person of interest in a shooting.

A deputy reportedly pursued 22-year-old Salaythis Melvin during this search and shot him in the back, killing him. The arrest affidavit claims that Melvin had a stolen gun on him.

In one of the clips, you can see a deputy driving through the parking lot. Through his windshield, a man is sprinting away and then falls to the ground.

Additional body camera video was released of the shooting on Wednesdy afternoon. FOX 35 is currently going through the videos and will publish them shortly.

Activists want justice for Melvin, claiming that he was not a threat because he was running away.

Protesters continued to call for justice, Saturday, for Salaythis Melvin, 22, who was shot and killed by an Orange County deputy two weeks ago at the Florida Mall.

"It's clear that Melvin was not a threat. It's clear that he was just running. He was just trying to get away. He was essentially mauled down. He was shot. He was shot in the back," the family's attorney explained. "If they wanted to get Mr. Melvin, they could have gotten Mr. Melvin without anyone losing their life that day."

The incident happened earlier in August at the Florida Mall.

Protesters marched around and inside the Florida Mall on Wednesday afternoon.