Protesters continued to call for justice, Saturday, for Salaythis Melvin, 22, who was shot and killed by an Orange County deputy two weeks ago at the Florida Mall.

ORLANDO, Fla. - Protesters continued to call for justice, Saturday, for Salaythis Melvin, 22, who was shot and killed by an Orange County deputy two weeks ago at the Florida Mall.

Protests remained peaceful, Saturday, while a group marched outside of the Orange County Sheriff's Office.

Melvin's family marched alongside protesters calling on the deputy who shot and killed their cousin to face charges. 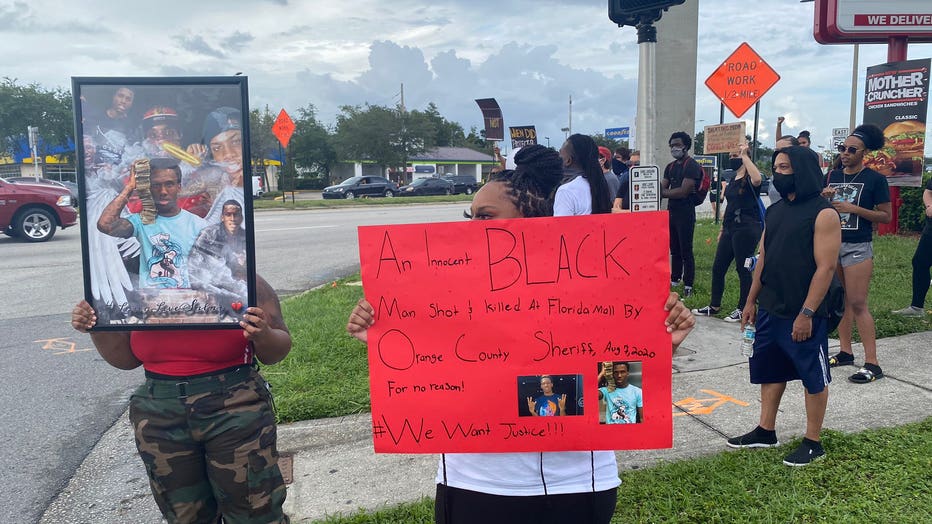 "We need justice for Salay. We need him in jail because you wrongfully killed him," said Melvin's cousin, Sixx Jones. "You had no reason to kill him because he's not who you're looking for."

The incident happened on Aug. 7. The sheriff’s office initially said deputies were looking for a man who was wanted for possession of a firearm by a convicted felon and who was also a person of interest in a shooting.

Protesters gathered outside of the Orange County Sheriff's Office to speak out against the death of a man killed by a deputy.

Investigators said when they made contact with the wanted man, Melvin, who was with the group, took off running. 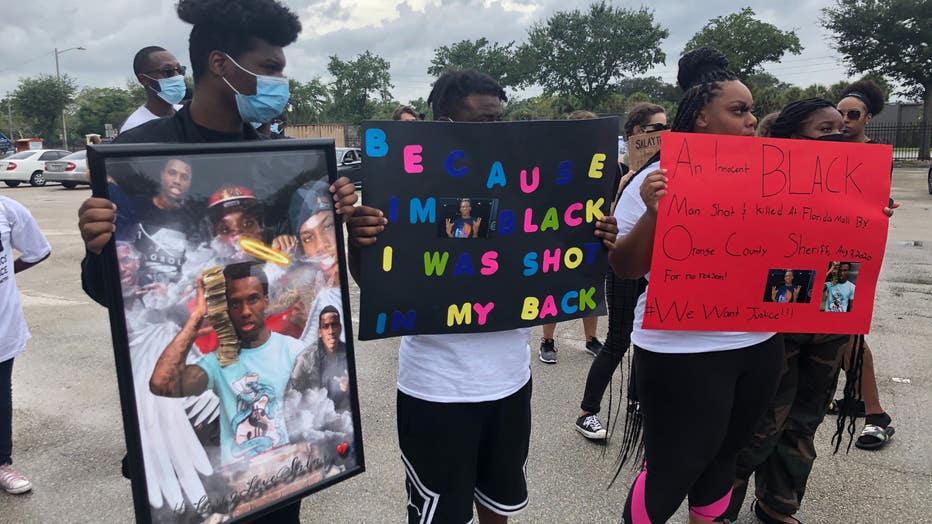 That was the moment a deputy shot Melvin in the back and killed him. Melvin was said to have a stolen gun on him, according to the affidavit.

"We need him to be charged," said protest organizer Miles Mulrain. "We need a charge for him shooting Salyathis Melvin in the back in cold blood."

The Florida Department of Law Enforcement is still investigating this case.