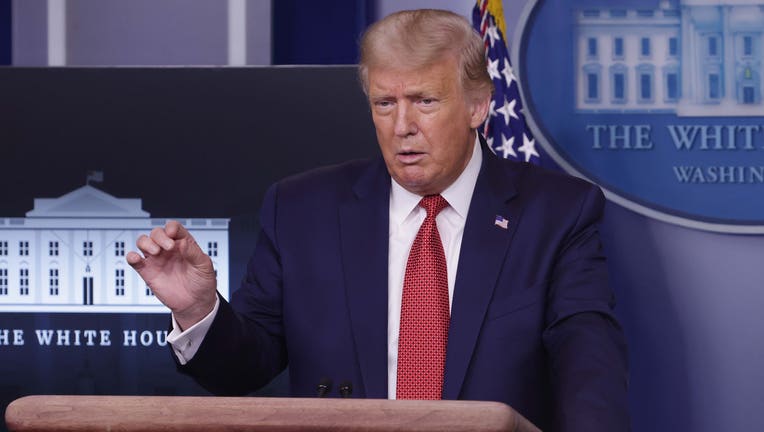 President Donald Trump speaks during a news conference at the White House on Aug. 10, 2020 in Washington, D.C. (Photo by Alex Wong/Getty Images)

LAKE MARY, Fla. - President Donald Trump will return to Florida on Friday, October 23, for a Make America Great Again rally in The Villages, the campaign announced on its website.

With less than two weeks to go until Election Day, this will be the third time the president will have visited the Sunshine State since contracting COVID-19. Trump chose Sanford, Florida as the location for his first road rally after being released from Walter Reed National Military Medical Center after receiving treatment for the coronavirus. He returned last Friday for a rally in Ocala.

Following Friday's stop in The Villages, President Trump is expected to travel to Pensacola for an evening rally.

Trump's visit will be followed less than 24 hours later by former President Barack Obama, who will make a stop to campaign for Joe Biden in Miami on Saturday.