WINTER HAVEN, Fla. (FOX 35 ORLANDO) - A pregnant woman was arrested by Polk County deputies after overdosing on cocaine inside a car -- that had a temperature of 90 degrees -- with two children, they said.

Deputies said 36-year-old Marsha Forrester said she admitted to using cocaine several times over the past two days before passing out. They said she picked up the two children, both under the age of 5, in Lakeland, stopped at a Circle K at 1108 Spirit Lake road in Winter Haven, and went inside the store to use the cocaine.  She reentered her vehicle and drove to a nearby Publix, where she passed out.

"Marsha Forrester almost killed herself and two children, and only with God's mercy will she not have killed this child a 38 weeks (pregnant)," said Polk County Sheriff Grady Judd, during a news conference on Friday. "She left the two children 2 and 3 years of age in the vehicle alone. She went into the store and snorted cocaine."

A passerby directed a Polk County first responder to the vehicle, which was running without the air conditioning on. Deputies said the two children were found crying and sweating. The temperature inside the vehicle was 90 degrees, with a heat index of 99 degrees.

"She passed out. It's during the day time, the engine is running there's no A/C," Sheriff Judd explained.

Polk County Fire Department Battalion Chief Meacham said he couldn't believe what he saw as he approached the car.

"The kids were smacking her in the face trying to wake her up," Meacham said. "It was hot. Very, very hot."

Meacham is also a paramedic and said he immediately recognized signs that Meacham was overdosing.

"I saw that she wasn't breathing adequately. A few more minutes, and she might have passed away along with the unborn child. I knew I needed to act quickly," Meacham said.

He ran to his truck, grabbed his medical bag, then rushed back and gave Forrester two doses of Narcan.

"Within three minutes, she became responsive. She was pretty unhappy with us, not knowing what was going on," Meacham said.

An ambulance arrived and rushed Forrester to the hospital, where doctors performed an emergency C-section.  The older two children are fine.  Sheriff Judd said doctors are still very concerned about the newborn.

"I'm both furious and heartbroken about this. Two small children and a baby who was due to be born soon were put into serious danger all because this woman wanted to get high," said Polk County Sheriff Grady Judd in a statement. "She chose cocaine over the safety of these little ones."

Officials did not describe her relationship with the two children. After she was released from the hospital, Forrester was arrested Thursday on three felony counts of child neglect.

Sheriff Judd said that, if that newborn dies, Forrester will be charged with manslaughter or murder.  The older children are now staying with family, while the Florida Department of Children and Families investigates. The sheriff made a point of letting reporters know that Forrester is a registered Certified Nursing Assistant. 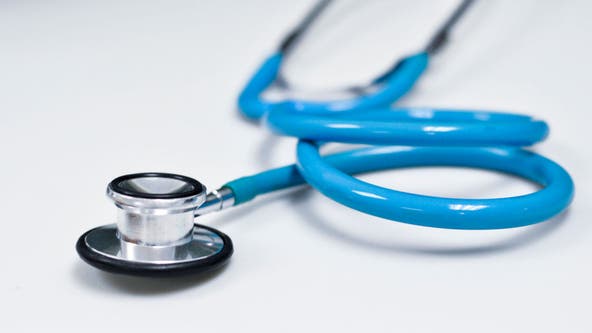