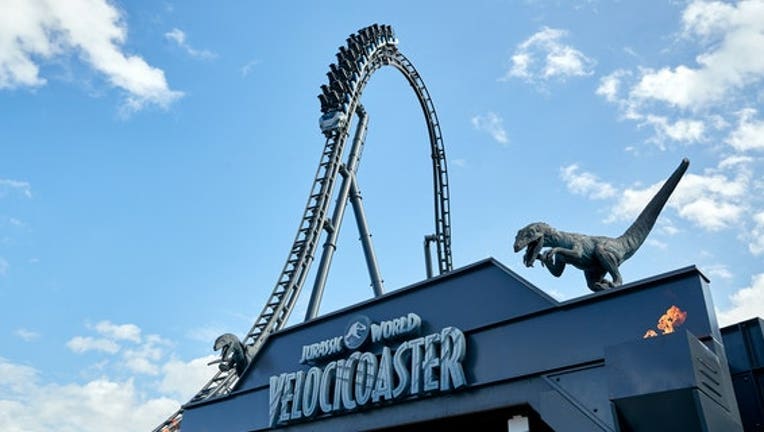 ORLANDO, Fla. - A woman was arrested after getting into a fight with other Universal Orlando parkgoers while in line for ‘Jurassic World Velocicoaster,’ police said.

An arrest affidavit from the Orange County Sheriff’s Office said that the incident happened on July 9th at Universal Orlando Resort’s ‘Islands of Adventure’ park. Theme park security had advised the responding officer that a physical fight had occurred near the entrance of the Jurassic World Velocicoaster attraction.

Police said that the officer spoke with the victim of the altercation, Misty Ownbey, 19, at the park’s first aid office. She reportedly told police that she was with her brother, Matthew Ownbey, in the Velocicoaster area. Matthew proceeded to cut under the queue line rope to get into line with his sister.

However, the affidavit says at this point, a woman named Shaeika Allen, 28, and her niece were with their family in line and behind Misty. When Matthew went under the rope, his drink spilled out of his backpack and onto Shaeika.

Misty was said to have been struck by a female in the face as well.

Surveillance video obtained by the responding Orlando police officer is said to have confirmed that an argument occurred between the party. The niece walked up to Misty and shoved her in the chest area. Matthew attempted to intervene and keep the two from fighting. Meanwhile, Shaeika threw multiple fists and one of them struck Misty in the face.

Misty suffered a laceration to the face along with bruising, the affidavit said. The injury needs stitches or glue and will leave permanent scarring or disfigurement.

"[The neice] was the primary aggressor to the incident for the first physical shove. Allen furthered the incident by thrown closed first strikes causing injury," police explained.

Misty is said to be pressing charges. Shaeika Allen was arrested for felony battery and transported to the Orange County Jail.