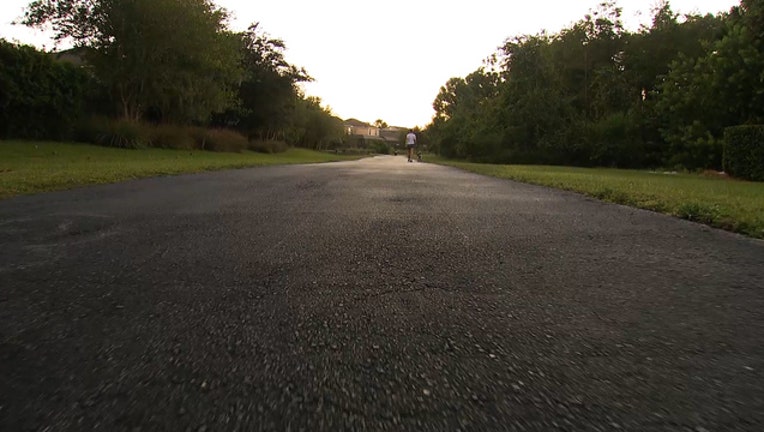 ORLANDO, Fla. (FOX 35 ORLANDO) - Shockwaves are spreading through the Lake Nona community in Orlando after Orlando Police announced Thursday that a female jogger was groped by a stranger while running down the Northlake Parkway Trail.

"We've been in this neighborhood 19 years, so it kind of puts you on guard," Brad Bennett said.

He and his wife have lived in the upscale community for 19 years. OPD says the incident happened around 6:30 in the morning, September 23.  The unidentified man grabbed the woman's butt with his right hand and her left shoulder with the other.

"She screamed immediately and fought him off. As soon as she screamed he ran off and did not follow her, and she ran home," said Lt. Wanda Miglio.

Police responded immediately, but did not find the suspect.  Although it's a popular exercise trail, the Bennetts say part of it are pretty isolated.

"It's still quiet but there are kids walking to the high school busses," said Stefanie Bennett.

Police say the victim was smart, she wasn't wearing headphones, so she heard the suspect's footsteps as he ran up behind her.  The big question is what was the suspect's motive?

"Is it someone parking here in the park, just making it look like he's going out for a run?  It's very easy to masquerade what you might be doing here," Brad Bennett wonders.

Investigators say that because it all happened so fast and it was dark out, the victim was only able to give them a very vague suspect description.  She described the suspect as being around six feet tall, medium build, an afro type hair style on top and shaved on the side, she said the man was wearing all black.

Police acknowledge with the weather cooling down, this is the time of year more people start exercising outside again.  They advise if you do, that you mix up the time and route of your daily exercise, that you run/walk with a friend or a dog and that you not wear headphones.

Investigators also remind everyone: if you see something, say something.