Arrests made in alleged dogfighting ring

Police rescued dozens of pit bulls from an alleged dogfighting ring in Daytona Beach, and they arrested three people accused of running it.

DAYTONA BEACH, Fla. - Police say that three people have been arrested and over 40 dogs have been rescued from a Daytona Beach dogfighting ring.

The Daytona Beach Police Department said it obtained a search warrant from a judge to enter properties on Reva Street and a vacant lot on February 22. They found 42 pit bulls – 24 adults and 18 puppies – living in those properties. Most of them were said to be in small kennels made out of wood and wire, car carriers, or chained to car axles. 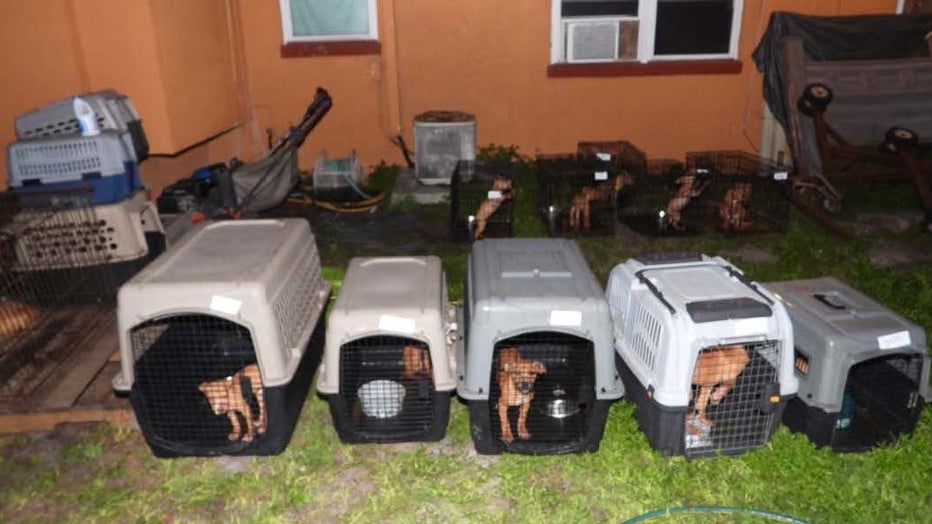 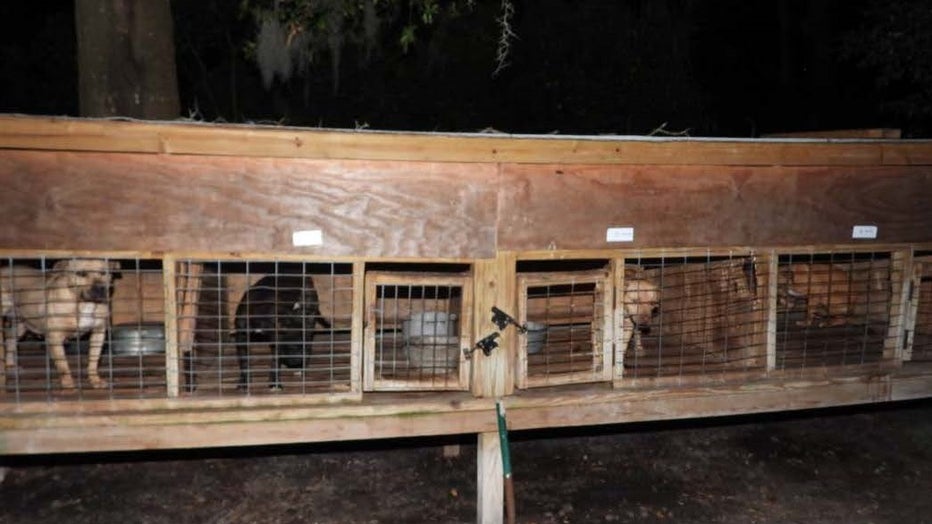 Officials also said that the dogs had little or no access to clean water or food. Some of the animals had no access to shelter and the ones that did, were covered in urine and feces. Many of them had cuts or wounds, which were found to be consistent with dogfighting.

In addition, police said that the female dogs were breeding new puppies for fighting. Medical records were found for the dogs, as well as various dog supplements and medications. One of the medicines is commonly used in dogfighting to boost red cell production, stamina and endurance.

"We don’t know how far this ring or other people involved in this ring may go so it’s still an ongoing investigation," said Deputy Chief Whittet. 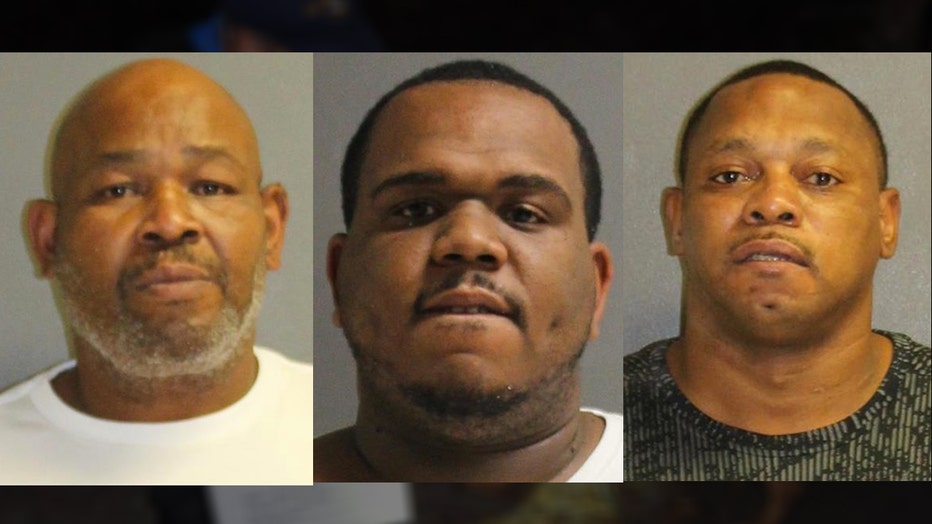 Police said that they believe Geathers was the ringleader. He is specifically facing 35 charges, including 24 counts of animal fighting, 10 counts of felony cruelty to animals and one count of practicing veterinary medicine without a license. He has bonded out of jail.

Ponder is said to have also bonded out of jail, but Holmes remains there.

All the puppies and adult females were said to have been removed and taken to the Halifax Humane Society for safekeeping. A court hearing will soon determine if the dogs can be returned to the defendants or awarded to the police department. If the latter happens, the dogs would be signed over to the Halifax Humane Society so that some could be adopted.

"So hopefully, on Friday, the judge will rule that those dogs now belong to the police department and then we’ll sign those dogs over to the humane society to adopt out or whatever needs to be done with them," said Deputy Chief Whittet.

The arrests and rescues were said to be a joint effort between the Volusia County’s Animal Services Division, Halifax Humane Society, the City of Daytona Beach’s Animal Control Unit, the city’s Code Enforcement Division and the Daytona Beach Police Department.