The great white shark was recently caught by a specialized fishing charter in Florida. The catch was documented in a YouTube video uploaded by Big John Shark Fishing Adventures.

PENSACOLA, Fla. - Video of a Florida fisherman catching and releasing a great white shark on the Florida coast has gone viral.

The great white shark was recently caught by a specialized fishing charter in Florida. The catch was documented in a YouTube video uploaded by Big John Shark Fishing Adventures, a land-based fishing charter that’s focused on catching sharks in Pensacola.

According to FOX News, retired professional hockey player John McLean Jr. led a group of seven Idahoan fishers on the evening charter, the video shows. The group traveled to the shores near Portofino Island to catch a shark, but it seems that none expected to catch a magnificent great white.

"It was the catch of a lifetime," McLean told FOX 35 News.

McLean says the group caught the great white shark last week and it took about 40 minutes to reel in. The shark was quickly released back into the water. 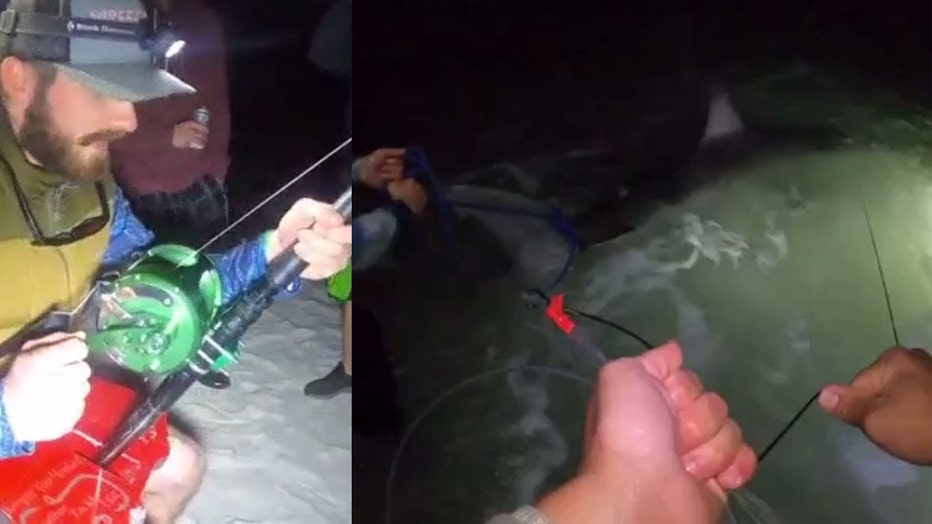 "Never thought in a million years I’d catch a great white on the Florida Panhandle," he said.

According to National Geographic, great white sharks can grow to measure more than 15 feet in length and weigh more than 2.5 tons.

Great whites can reportedly reach swimming speeds up to 15 miles per hour.

The current population is reportedly unknown, but the species is considered vulnerable.

Watch FOX 35 News for the latest Central Florida stories and get viral stories of the day sent to your email with the FOX 35 Newsletter.