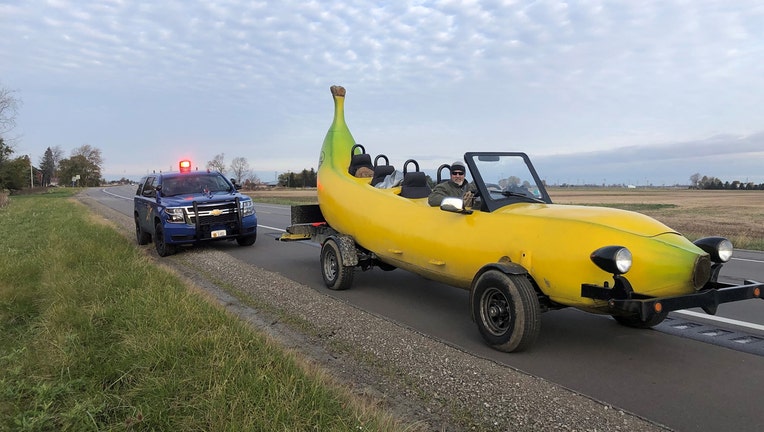 MICHIGAN - A man driving a banana car was in for quite the surprise when he received a $20 bill instead of a citation from a police officer who pulled him over, reports show.

According to the Michigan State Police, Trooper Bill Strouse was on patrol when he spotted a banana car drive down the highway. The trooper pulled over the vehicle, which was being driven by Steve Braithwaite.

They said that Braithwaite expected to receive a citation. However, after checking out the headlights, brake lights, and taillights, Trooper Strause returned Braithwaite's license and also gave him a $20 bill for his travels.

Trooper Strouse was just months away from retirement when he pulled over the banana car.