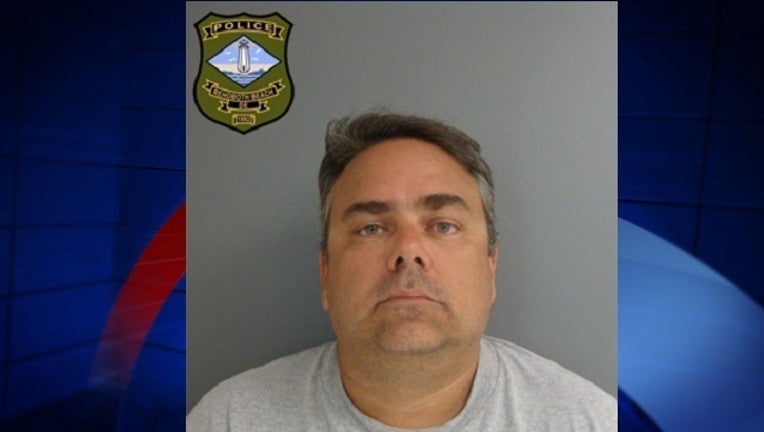 REHOBOTH BEACH, DE (WTXF) - Police in Rehoboth Beach arrested a Canadian man for endangering the welfare of a child, after he allegedly let his daughter bait and kill a seagull on the beach.

Officers were called to the beach near Wilmington Avenue around 1:45 p.m. Wednesday, after Beach Patrol received complaints about a girl trying to hit seagulls with a shovel.

Witnesses told police that the girl was placing food in a hole in the sand in order to lure the seagulls to land. Once they tried to land, the witnesses say the girl would swing a plastic shovel.

One seagull was hit with the shovel and was killed. Officers located the seagull in a nearby trashcan, where they say the girl's father, Christian Lesieur, discarded the bird.

Lesieur, 48, laughed as his 13-year-old daughter attempted to hit the seagulls according to witnesses, and was drinking alcohol when contacted by police.

While in custody, police say Lesieur made several jokes about the incident, and also teased his crying daughter, telling her she would be spending the night in jail and making her more upset.

Lesieur was arrested for 1 count of endangering the welfare of a child, a misdemeanor offense, and released on $500.00 unsecured bail to a sober co-signer.

The girl was not charged for killing the seagull, which was a violation of federal laws and regulations regarding migratory birds.