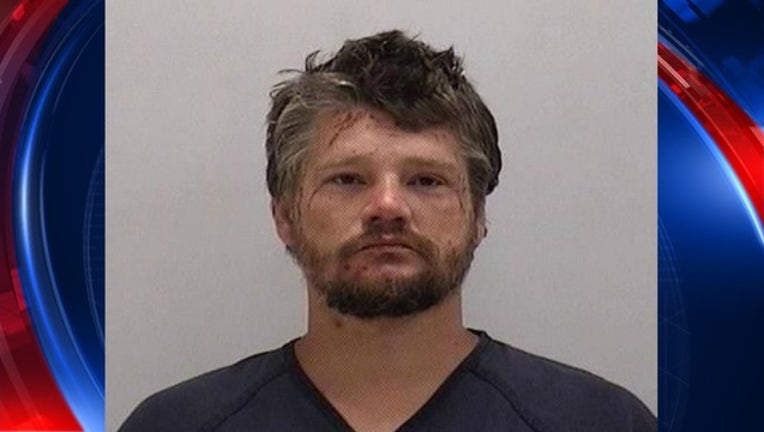 BARTOW COUNTY, Ga. - A man being arrested for terroristic threats lit himself on fire in the back of a patrol car twice after telling officers he wasn't "going to jail alive," according to police reports from Bartow County Sheriff's Office.

Abram Colston, 37, was arrested after authorities were contacted by a person who heard Colston allegedly tell his half sister that he was going to kill her if she had him arrested, according to the police report.

His half sister confronted Colston about missing money, and Colston made the threats after his half sister told him she would call his probation officer, according to police.

Authorities took out a warrant to arrest Colston, and put him in custody on August 18. When place in the back of the patrol car, police say Colston claimed "if he arrived at jail, it would be suicide by cop."

Officer say they heard Colston say, "There you go," and turned to find that he had lit himself on fire using a lighter he had hidden in his pants.

Authorities say they stopped the car and extinguished the fire, however, Colston allegedly kept striking the lighter and then lit himself on fire again.

Police extinguished the fire again, and Colston was taken to Bartow County jail without incident. No county issued property was damaged in the incident.

Colston did not have any injuries from the fire, although he had burn marks on his clothing from the lighter, according to police.