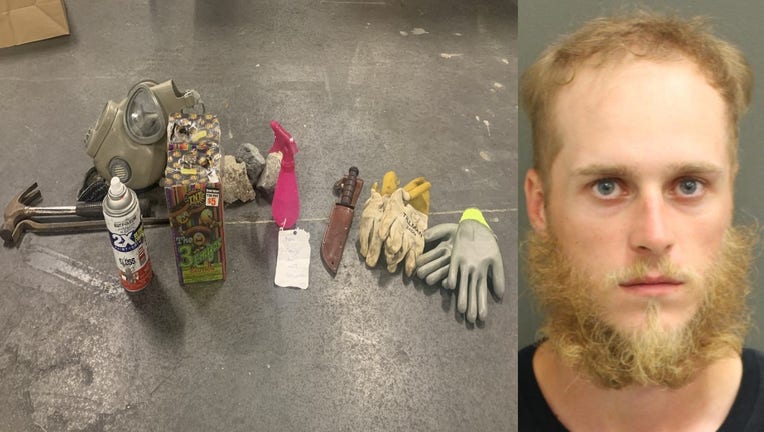 LAKE MARY, Fla. - Orlando police officers made over a dozen arrests on Monday related to the George Floyd protests that happened throughout the downtown area over the course of the afternoon and evening.

One of those arrested was in possession of a hammer, a crowbar, spray paint, fireworks, and a knife, among other items, police say.

David Michael Froess Jr., of Middleburg, Florida, was arrested near the intersection of Pine Street and Rosalind Avenue, charged with disorderly conduct and carrying a concealed weapon.

Another arrest involved a protester who became agitated and assaulted one of the officers, police say. As officers proceeded to take custody of Aliyah Barnett, near Division and South streets, several other protesters became angry at the officers and proceeded to throw rocks and bottles at them, according to a police spokesperson. The officers used pepper to stop the assaults from the crowd and help disperse them. The crowd separated into smaller groups and moved again throughout downtown.

An additional 13 arrests were made after the 10 p.m. curfew.