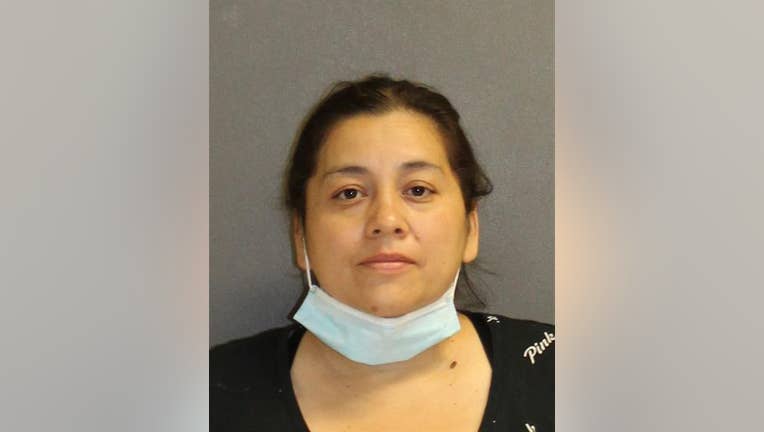 HOLLY HILL, Fla. - Holly Hill police arrested a woman who they said chewed up some fruit and then spit it out onto a food display at Walmart.

Lisette Santis, 40, is facing criminal charges after showing 'reckless disregard' for others during the coronavirus pandemic, police said.

According to an arrest report, Santis was at the Walmart store on North Nova Road Wednesday. The stores Asset Protection Manager stated that she witnessed Santis spit into two produce bins while shopping.

Police say Santis opened a sealed package of guava and chewed it up, and spit it into her hand. When she did that, some of the pieces from her mouth fell on the limes, police say. Santis then dropped one of the pieces into the bin of limes and walked over to the oranges.

Again, police say Santis 'projectile spat' onto the oranges and dropped a chewed piece of fruit onto them.

When asked why she spat on the fruit, Santis reportedly smiled and replied, "I don't know. Just cause."

When police asked her if she knew about the COVID-19 pandemic, they say Santis replied she didn't have it, but had not been tested for it. Police stated that Santis was smiling and making 'small laughs' while speaking to them and did not appear remorseful.

Nearly $350 worth of fruit was ruined.