Denton police said someone called 911 on Thursday morning to report a white Jeep Cherokee swerving and going the wrong way near the intersection of Elm Street and Loop 288.

Several drivers tried to stop the Jeep by positioning themselves in front of and behind it. Responding officers also turned on their lights and sirens, but the 81-year-old woman behind the wheel wouldn’t stop.

"Traffic she was driving towards was driving off the side of the road to avoid being hit by her," an officer said.

Police said the driver, later identified as Nancy Diaz Strader, finally stopped after officers used a loud speaker to warn her. But even after pulling over, police said she refused to open her window or unlock her door. She ignored the officers’ commands and eventually drove away.

Police chased Strader for about three and a half miles until she stopped again. They quickly deflated her tires and again instructed her to surrender. Strader continued to refuse so police said the officers broke her window, opened the door and pulled her out of the Jeep.

When officers asked Strader why she wasn't answering their questions, she responded, "Because I hate to answer stupid people. It's my life."

She was arrested and charged with evading arrest. She was booked into the Denton City jail and held until family members posted her $1,000 bond Thursday afternoon.

Police said Strader showed no signs of mental illness or blood sugar issues. There was also no indication that she was under the influence of alcohol.

Family members said she lives in Clifton, Texas. They’re not sure what she was doing in Denton and believe she may have been lost. They declined to comment any further. 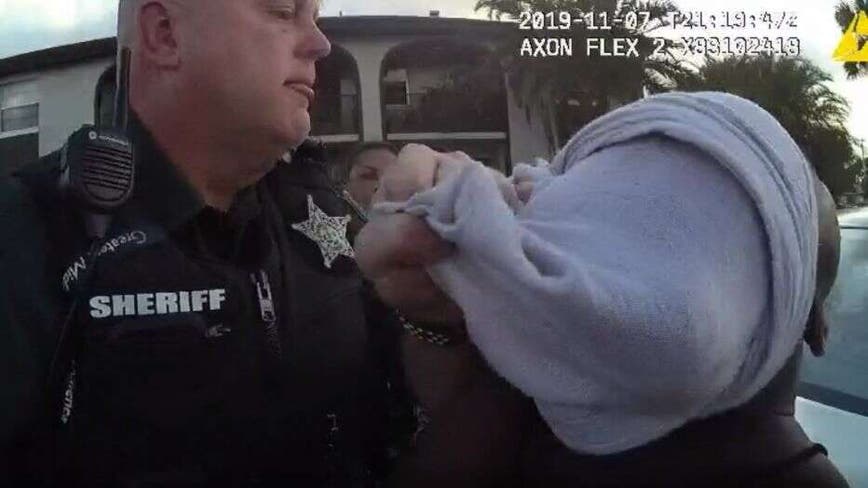