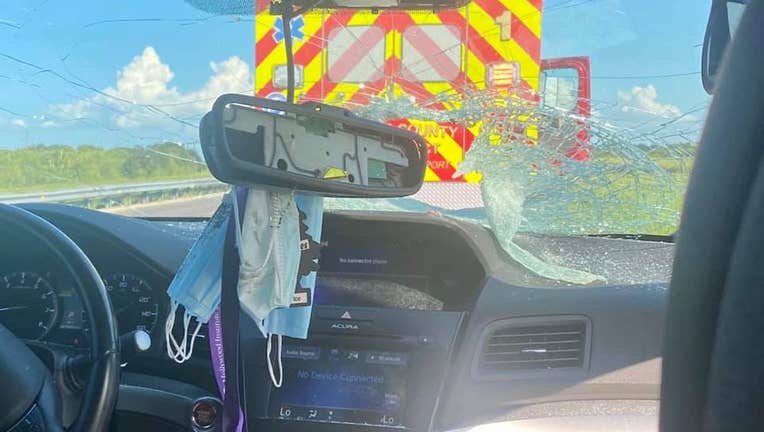 ST. LUCIE COUNTY, Fla. - A turtle survived being sent airborne into the windshield of a Florida driver's car this week.

The St. Lucie County Fire District said the driver was on the Florida Turnpike when a semi driving southbound knicked a turtle causing, it to go airborne. 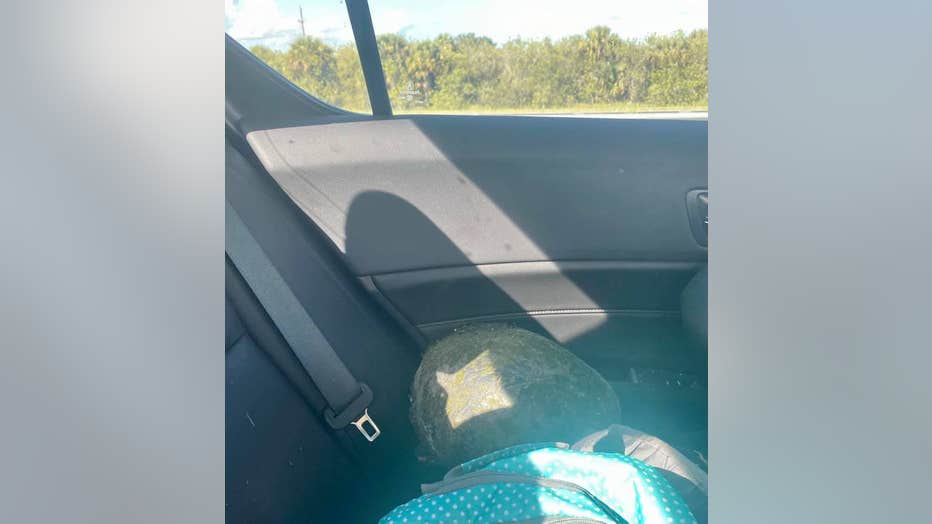 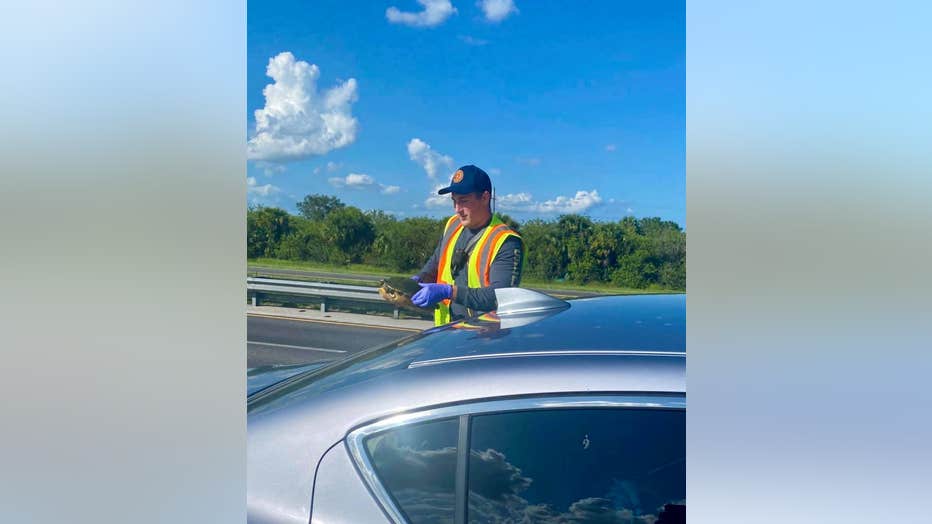 TRENDING: Man says he lost nearly 70 pounds after he could not fit on Universal Orlando coaster

Both the driver and turtle were unharmed, officials said.

Photos show the cracked windshield where the turtle came through. The turtle was released safely.