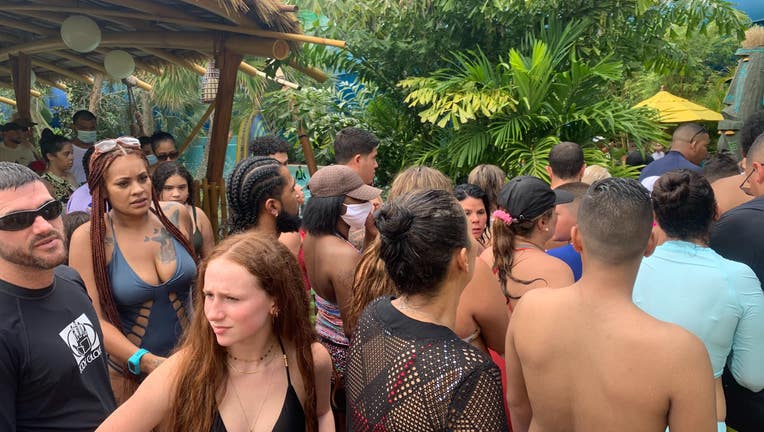 ORLANDO, Fla. - Photos taken at Volcano Bay on Sunday showed park guests packed together, most of which are not wearing masks.

According to the safety guidelines on the Universal Orlando Resort website, face coverings are not permitted on slides and in pools at the water park. They are mandatory though in restaurants, retail locations, and as you enter and exit the park. They also encourage them while walking around the park. 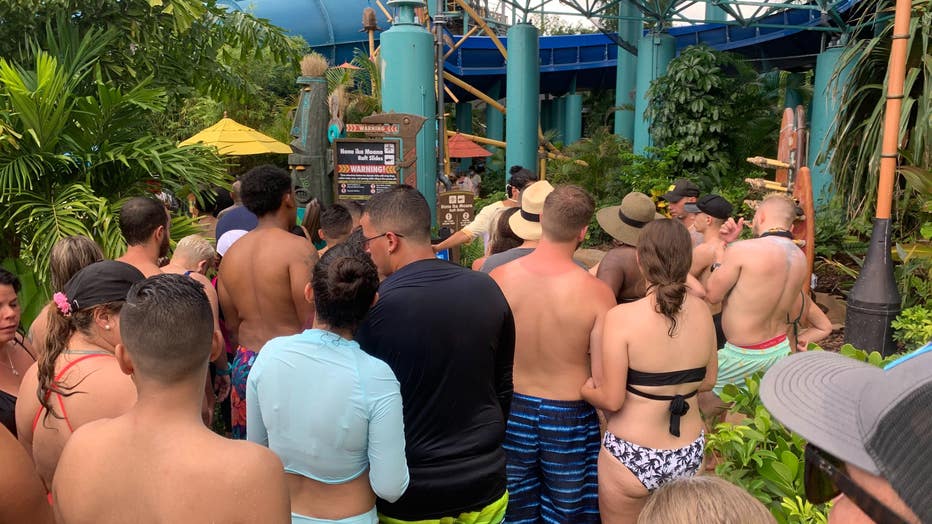 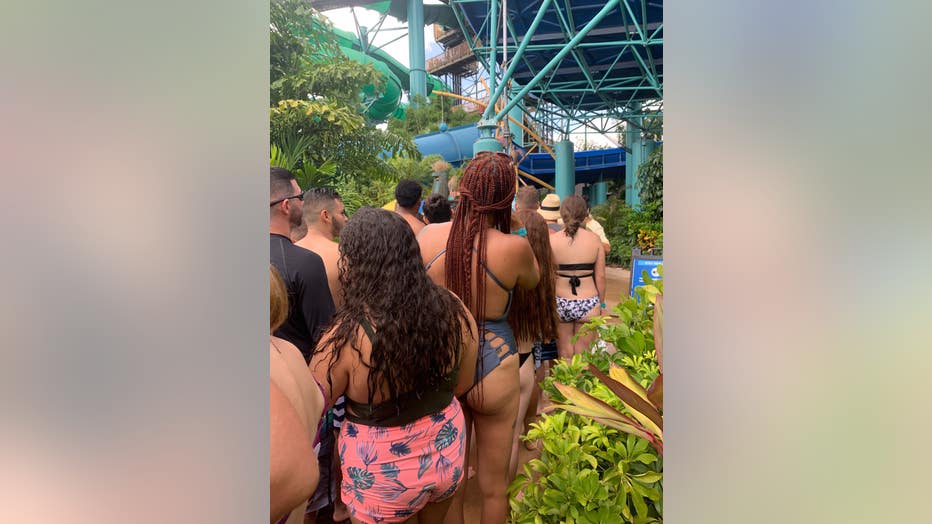 RELATED: Over 800 employees at Universal Orlando Resort will lose their jobs due to impact of COVID-19, notice says

This is not the first time that photos taken at Volcano Bay have sparked concerns regarding social distancing. In June, photos of people packed together and waiting to exit the park went viral.

Theme parks across Orlando over Labor Day weekend were crowded. In fact, parks at both Universal Orlando Resort and Walt Disney World hit capacity over the weekend.

FOX 35 spoke to Annie Wilson of Universal Park News Today on Sunday about her experience at the parks this weekend. She said that “I’ve been to Universal almost every day since they reopened in June. Maybe the last three Saturdays have just been crazy. It was mild up until a couple weeks ago. It seemed like the ‘back to school’ crowd was here. Now, it’s holiday crowd."

FOX 35 is reaching out to Universal Orlando for a statement. It read, in part:

"Over this past holiday weekend, all our parks quickly reached our capacity limits and were closed early in the day. And despite plenty of signs and warnings, guests occasionally need to be reminded of our guidelines as they travelled through open-air pathways and public areas. Our guest ambassadors worked to quickly respond as needed."