Theme parks around Orlando reached capacity or met reservation thresholds on Labor Day. It's a sight for sore eyes after a summer slump due to the coronavirus pandemic.

ORLANDO, Fla. - Experts said big Labor Day weekend crowds at Orlando’s theme parks were an encouraging sign, but the parks still had a long way to go before they started making money again.

At Universal Studios Orlando, it looked like a normal day on Monday.

While everyone was wearing masks and keeping farther apart, it seemed like business as usual.

Wilson said it was nice to see the crowds, but it wasn’t always like this.

“During the week, it's very slow. I see a lot of team members cleaning, just to be active, and there's not as many guests during the week. During the weekend, it's slammed. It's busy, but if there's five days of the week and two weekends, I don't know if that really balances out.” 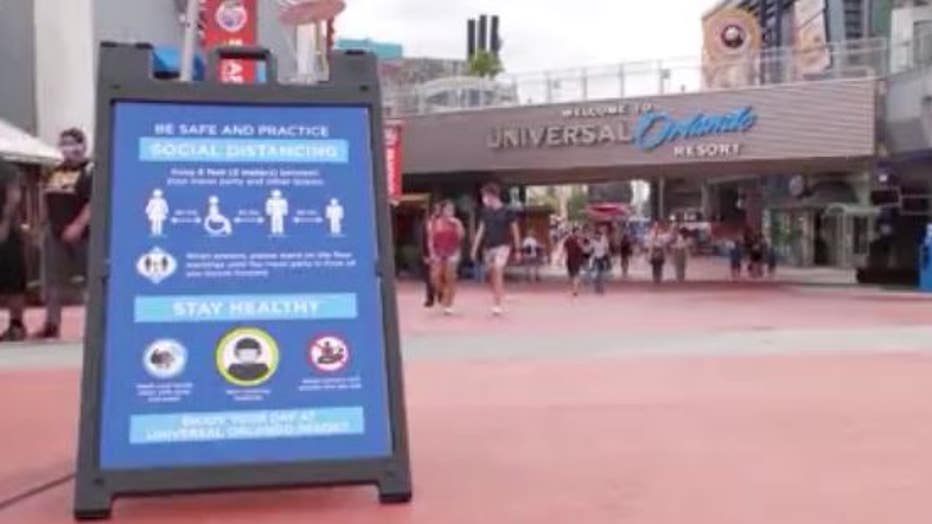 Though Disney and Universal had been reaching their limits for guests, theme park expert Seth Kubersky, from TheUnofficialGuides.com, said the phrase "maximum capacity," in this case, was a bit misleading.

“That's their ‘new normal’ maximum capacity, which is somewhere between 25-30 percent of what they normally have," he said.

Kubersky said the money that parks were likely bringing in now was barely covering their costs.

“Labor Day weekend finally brought the crowds back up to where they should have been, but it's certainly nowhere near enough to make up for the losses they've suffered the previous months.”

With Universal and SeaWorld making staff cuts last week, local leaders said it was going to take a lot more than some busy weekends for the parks to start hiring again.

“I think they're also realistically looking at 'how am I going to survive this? Can we survive this?'” asked Mayra Uribe, an Orange County Commissioner. “How much are we going to have to cut before we start seeing those positive numbers come back?”

The experts said the crowds were also different than before.

Local guests are taking advantage of the deals theme parks are offering, rather than out-of-state or foreign visitors who spend more cash.