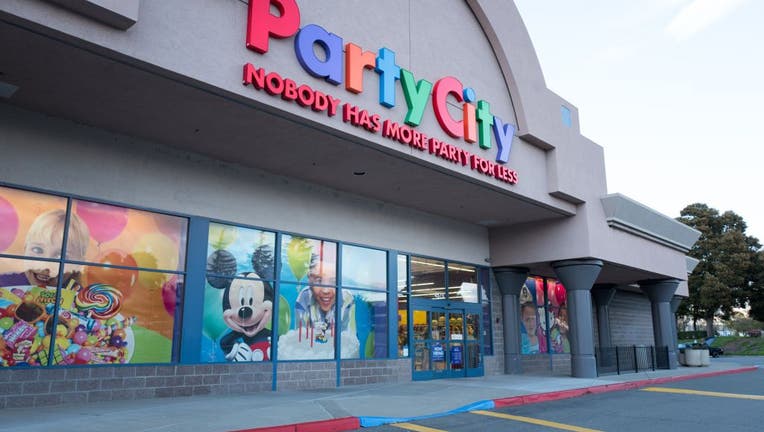 Two Confederate-themed Halloween costumes are being pulled from the shelves of Party City after a White Virginia woman who adopted two Black children slammed the outfits as racist.

Brasler immediately took photos of the costumes and posted them on social media.

"Why is this stocked in your store?" Brasler wrote in a Facebook post directed at the party retailer. "I just stopped into your location in Fall Church, VA for a few items and found this for sale. I turned around and walked right back out the door. This is completely offensive and racist. Pull it from your shelves."

"The Confederate flag to me is a symbol of racism. To have that out there for a child to wear on Halloween sends so many horrible messages," she told WUSA9 in a statement. "I'm the adoptive parent of two beautiful African American girls ... We discuss race, we respect race. And to see something like that just flies in the face of everything I try to teach them to be proud young women."

WUSA9 noted that the costumes don't come up on the Party City website, but they were still in at least the Bailey's Crossroads store as of Monday afternoon.

Brasler told WUSA9 her daughter Olivia asked why she was taking pictures of the costumes.

"I said, 'That's a Confederate flag, that's a symbol of hate,' and she said, 'Oh, ma, really?' Then she took off for the candy aisle," Brasler told the television station.

She added that after seeing the Confederate costumes at the store, she is refusing to spend her money at that location and plans to buy the girls vampire and zombie unicorn costumes somewhere else.

"No more princesses for them!" she said.

Brasler did not immediately return FOX Business' request for comment.

“At Party City, we do not tolerate racism or hatred of any kind, and we stand together in solidarity with our diverse colleagues, customers and communities," a spokesperson for the company told WUSA9 in a statement. "As the leader in Halloween with more than 60 million customers per year, Party City supplies a broad assortment of costumes, none of which are meant to be offensive in any way."

The spokesperson added that the costume was sold at a franchise location and is not produced or sold in any corporate-owned Party City stores.

"We have reached out to our franchisees and other partners to remove it from all retail locations ASAP. We know that as a company, we can and must do better, and we’re taking immediate action," the company added. "We value customer feedback and will continue to evaluate how to make each shopping experience fun and welcoming for all as we support efforts in inclusion internally, in our communities and beyond."

An employee for the Bailey's Crossroads location told FOX Business that putting the costume on the shelf was "an honest mistake" by one of Party City's employees that is being "blown out of proportion."

MORE NEWS: People with this first or last name can fly to Orlando for free

They noted that the costumes had been stored in the back of the store for over two years and were leftover after schools in the area had requested them for events.

"Those costumes were thrown in the garbage can the same day," the employee added.

The incident comes amid growing civil unrest calling for the removal of Confederate statues and an ongoing debate about the meaning behind the Confederate flag.

While supporters of the flag view it as an important part of Southern heritage and history, critics argue it is a symbol of slavery and the oppression of Black people.

According to the Associated Press, at least 63 Confederate statues, monuments or markers have been removed from public land across the country since the death of George Floyd on May 25. Most were removed by government officials, though protesters have toppled some.