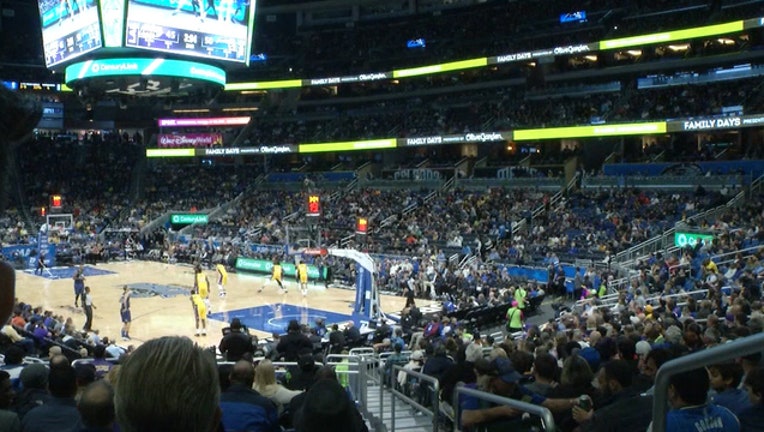 What he does not know, is where he's going to sit. Despite being a season ticket holder, Nickerson never has any idea where his seats will be until he walks through the doors of the arena.

Nickerson is one of a growing number of Magic fans using a kind of tech ticket called the Fast Break Season Pass. Every home game for $499 per seat.  It works in conjunction with an app on your smartphone and it's kind of like spinning a roulette wheel.

When pass holders check-in at the arena, the app tells them where they will be sitting. Nickerson says some nights his 3 seats might be in the far upper reaches of Amway Center where the game on the court is almost a rumor. But other nights he's in the lower bowl sitting in what are otherwise expensive seats.