The minister at First Unitarian Church of Orlando says a Black Lives Matter sign outside of his church has been vandalized several times.

ORLANDO, Fla. - The minister at First Unitarian Church of Orlando says a “Black Lives Matter” sign outside of his church has been vandalized several times.

Now, he’s calling for an end to the vandalism.

“If you look at it closely, you see that it has been cut in a lot of different places,” Minister Samuel Schaal said.

“The ‘Black Lives Matter’ banner was first stolen,” Schaal said. “Somebody just cut the cords that held it up. So, we put another one up with steel cords and that one got cut all the way across.”

The minister said someone has slashed the sign at least four times.

The church first repaired it with clear tape. The last time it happened, they used red tape to send a message. 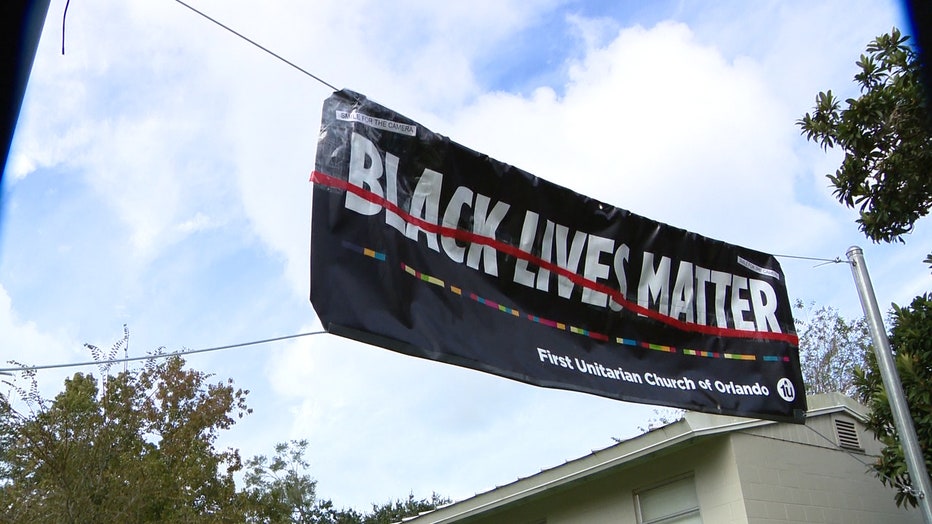 “We figured out that we really ought to show that it had been repaired,” Schaal said.

That’s not the only sign vandalized. The church says another one that has sayings like “love is love” and “climate change is real” was also damaged.

The church was a polling location during the election. FOX 35 asked the minister if he thought that had anything to do with the vandalism.

“It’s hard to say,” Schaal said. “This church has long been a polling location.”

He said the church will to promote acceptance.

“When your detractors go to the trouble of technically breaking the law, coming on your property and destroying your property, trying to destroy a message, that tells us that we’re being heard,” Schaal said.

The church has filed a report with the Orlando Police Department to stop the vandalism.