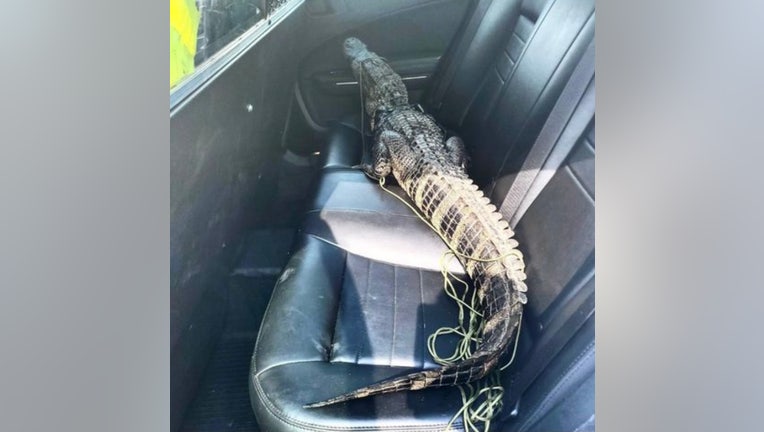 POLK COUNTY, Fla. - The only thing that would make this more ‘Florida’ is if the alligator had its feet on the steering wheel!

Polk County Sheriff Grady Judd recently posted photos of an alligator that had to be ‘arrested’ after it was found on a family's porch in Eagle Lake this week.

RELATED: Florida couple wakes up to massive alligator on lanai

Judd tweeted that Deputy Hardy and Deputy Ferguson apprehended the over 5-foot intruder and relocated him to Lake McLeod.

"They were sure to say ‘see ya later,’" Judd joked.

It's just one of several reports of alligator sightings, which are on the increase due to gator mating season – which typically begins in May or June.