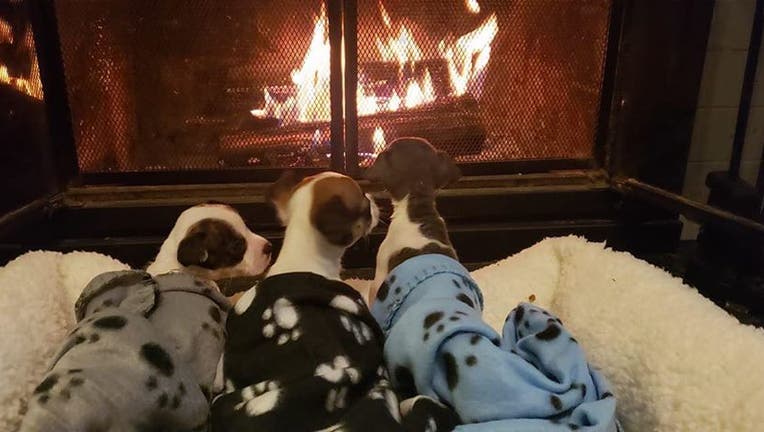 RICHMOND, Va. - One puppy died and three other puppies are recovering at an animal rescue in Virginia after being found in freezing temperatures, the Sanctuary Rescue reports.

According to their Facebook page, on Nov. 8, someone dropped four puppies off in an outdoor pen at a county shelter. When the shelter staff arrived at work the next morning, they found three tiny puppies "shivering together next to the corpse of their sibling who froze to death at some point overnight."

The rescue said temperatures that night had dropped down to 27-degrees.

"These puppies are skin and bones, no fat reserves whatsoever. The shelter staff got them inside and started warming up the three remaining puppies and immediately called rescue."

RELATED: Abandoned 'unicorn' puppy has tail growing out of his head

Sanctuary Rescue says that considering the poor condition of their bodies, the puppies are eating, playing, and are doing well.

In honor of Veteran's Day and the puppies fighting spirit, they were named Soldier, Warrior and Trooper.