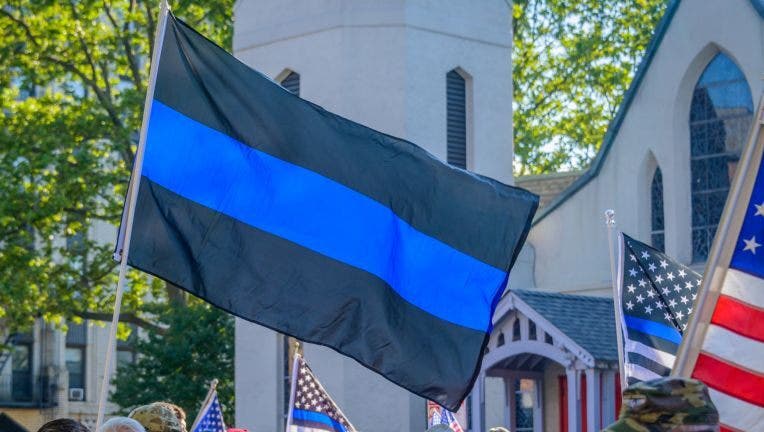 Two Ohio football players who were originally suspended after carrying flags that signal support for law enforcement at the start of a game have been awarded scholarships.

A day after Ohio’s Little Miami High School told the players they would not be allowed to practice, the school reversed the suspension, the Cincinnati Enquirer reported.

"Brady Williams, the son of a Sheriff's Deputy and Jarad Bentley, the son of a fireman, carried a Thin Blue Line and a Thin Red Line onto the field prior to their game that was advertised as 'Patriot Night,'" the organization wrote on Facebook. "Almost immediately this was turned into something that it was not intended to be, a political statement."

"The pride and respect they have for not only their parents but for the victims and hundreds of Police/Fire/First Responders killed in the 9/11 attacks. Their stand was not one of politics or protest, simply an act to show their honor, respect, and reflection during a Patriot Night Program at their high school football game. We are excited to honor them and announce TWO of this year's scholarship recipients! CONGRATULATIONS BRADY AND JARAD!"

In a statement, the school said its investigation showed, “there were no political motivations behind this display of support for first responders on 9/11, but there were stances (sic) of insubordination,” the newspaper reported.

Video shows the players led their teammates in running onto the field at the home game Friday, the 19th anniversary of the Sept. 11 attacks, the newspaper reported.

The flag with the blue stripe signals support for the police, often expressed with the slogan, “Back the blue,” while the flag with the thin red line is connected to support for firefighters. The two players carried the flags despite being denied permission to do so when they asked in advance.

“While we understand these students’ desire to (sic) show their support of our first responders, they did not obtain permission from district officials," Little Miami Local Schools said in a statement to Fox19 on Monday. “Administrators must act when students break the rules.”

The school said a ceremony held before the game honored the people killed in the 9/11 attacks.

The superintendent, Gregory Power, told WKRC-TV he has received hate messages by email and voicemail since announcing the suspension of the two players.