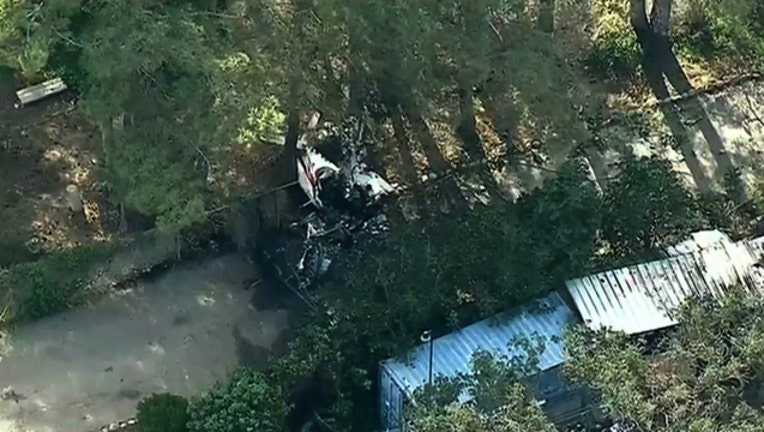 SANTA PAULA, Calif. (AP) - Officials say two people have been killed after a homebuilt airplane crashed into a shed outside the Southern California city of Santa Paula.

He says the two people were pronounced dead when firefighters got to the scene less than a mile from Santa Paula Airport.

Federal Aviation Administration spokesman Ian Gregor says the plane was a homebuilt Vans RV-6A that caught fire after it went down.

Gregor says the FAA and the National Transportation Safety Board are investigating the crash.