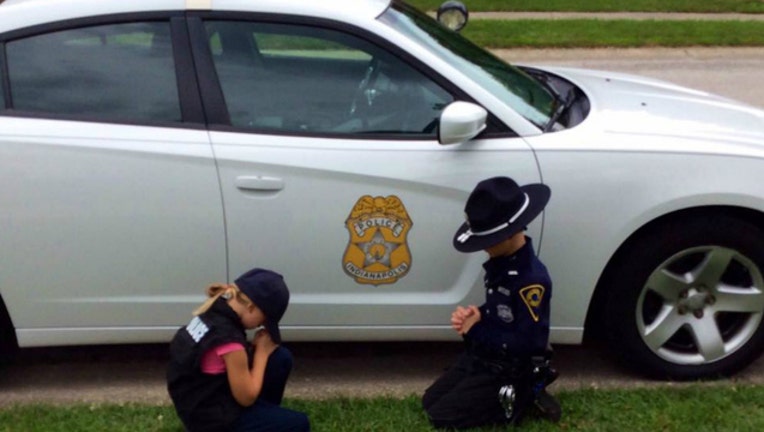 FOX NEWS - A picture is worth 1,000 words and there is no better example than this moving image shared by Indianapolis police.

The photo simply shows a young girl and her brother - in their own police uniforms - praying for their father's safe return in front of his police vehicle.

The photo was shared by the Indianapolis Metropolitan Police Department on Sunday, the same day a gunman murdered three police officers and injured three more in Baton Rouge.

That shooting came just a week after the ambush attack that left five officers dead in Dallas.

The murders and overall hostility towards police officers by some follows two police shootings of black men in Baton Rouge and Minnesota.